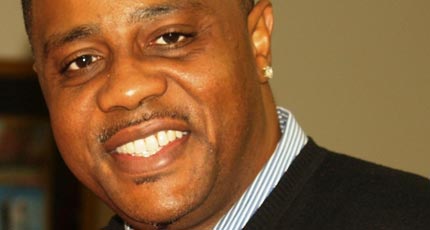 Kenneth “Big Kenney” Johnson, originally from Chicago, now residing in Atlanta, has established himself as one of Atlanta’s brightest and most-talented comedians. Since his career began in 1998, Big Kenney has ignited stage while opening for some of the nation’s biggest comedy stars. Big Kenney’s unique and zesty brand of reality-based humor and storytelling is universal in appeal, and has proven to be a real crowd-pleaser. He has been featured on numerous premier comedic venues such as BET’s Comic View, Comedy Central, and The Improv. Big Kenney is a Primary Player of Atlanta’s own “BlackTop Circus” Improv Comedy Troupe. The “BlackTop Circus” is the nation’s only improvisational comedy troupe comprised of professional black comedians. A natural born improv artist, Big Kenney’s quick wit and funny characters, draws in the audience and holds their attention. Guaranteed to please, Big Kenney is a proven provider of quality entertainment for all.