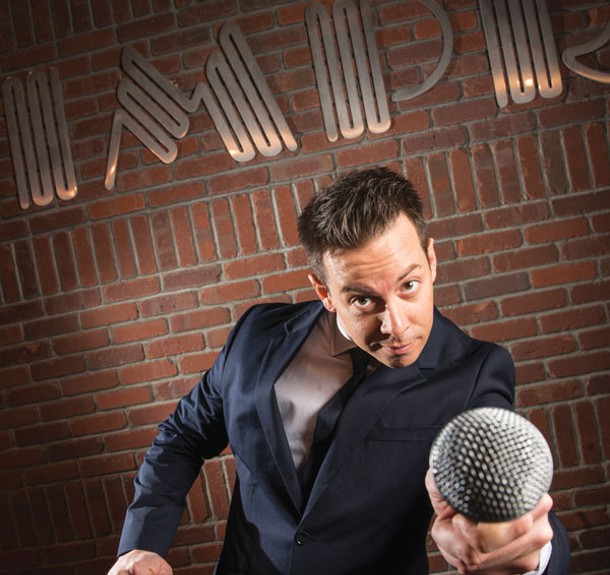 A Pittsburgh native, Bill Crawford is a fresh face on the national scene and has quickly become one of the country’s most promising young comedians. Bill has performed in the TBS Just For Laughs comedy festival in Chicago and was one of the featured comics in the LOL Lounge Showcase. Crawford came up through the ranks at the Pittsburgh Improv, going from open mics to headlining and selling out shows. Since 2010, Bill has been touring clubs all over the country. A requested feature act for comics like Jim Bruer, Steve Byrne, Bryan Callen and Bert Kreischer, he is also a full-time player on the WDVE Morning Show.

Bill’s comedy is all about perspective and sarcasm. He mixes a blend of intelligence and the ridiculous, taking on a variety of topics and turning them inside out. His sharp wit and comedic style create humorous observations from the everyday life of a young guy with two kids trying to figure it all out.