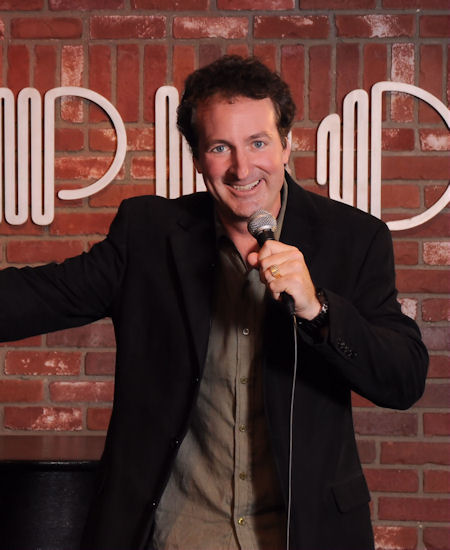 Bill Devlin Los Angeles Comedian, Actor, Writer, was born and raised in St. Paul Minnesota. The youngest of eight children in an Irish Catholic community, serves as fodder in a good deal of Devlin’s reservoir of comedy.

Hollywood took notice when Devlin performed nine one hour comedy shows in two days at a maximum-security prison. He was asked to write a first person story of the experience, exclusive to the Los Angeles Times which was featured on the front page of the Calendar Section.  This got Devlin his first major feature film development deal. His unique comedy style is routinely written about in the Irish Herald, The Irish News and the Irish American Post. Devlin was profiled on NBC’s Today in LA. In addition to other radio appearances, he was the first white comedian guest on The Tavis Smiley Show “Friday Funnies” broadcast across the country on NPR.

He was producer; writer and host of his own TV talk/variety show The Un-Invited Guests with Bill Devlin, Starring Dom Deluise, shot in front of a live studio audience in Hollywood.

In addition to dozens of television commercials, Devlin has Starred in feature films including the cult hit Rectuma which screened at the Cannes film festival. Devlin also Stars in independent features Blood Predator and is known for his hysterical role as Noah in The God Complex. He has worked in indie films with Faye Dunaway, Sean Young and Ernie Hudson.

Devlin performed improvisation and sketch comedy for many years and studied under the tutelage of improvisation master Del Close. He is also an accomplished professional photographer and percussionist.