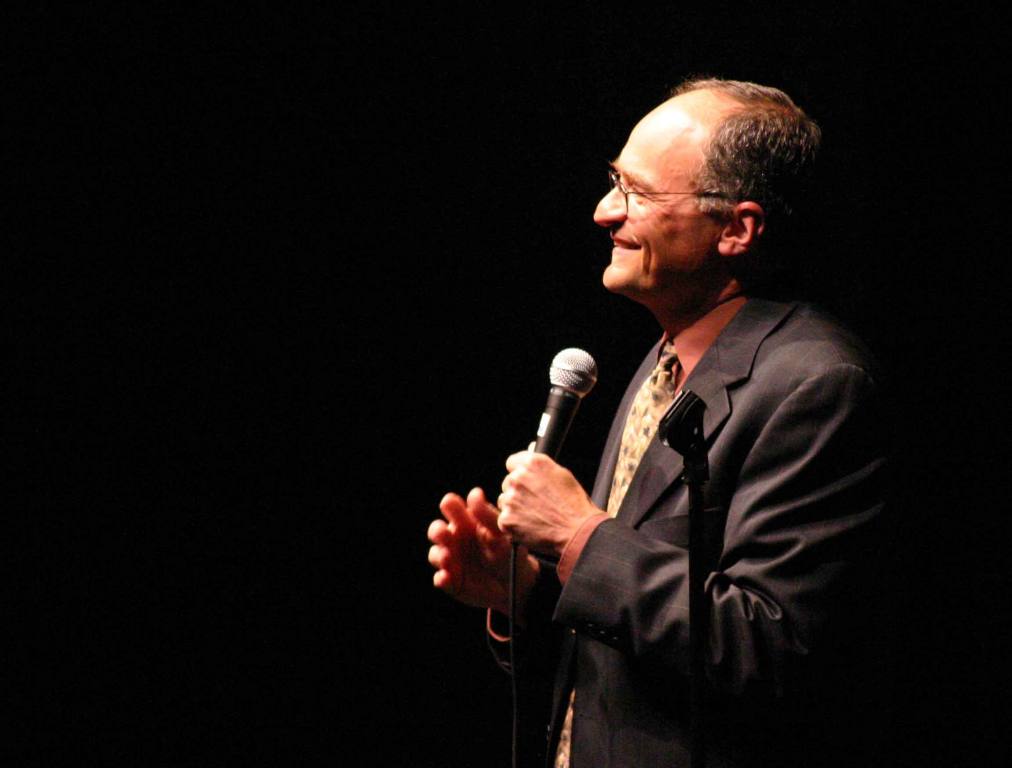 Brad Upton in a past winner of the Las Vegas Comedy Festival and appeared recently at Caesar’s Palace as part of the HBO Comedy Festival. Twenty-nine years and 5400 shows have made this Seattle based comic a much sought after performer and earned the respect of his peers.

Writing about everyday life, a long term marriage and anything else that pops into his head, Brad packs more laughs-per-minute into his set than nearly anyone in the business. He has been seen in concert with Johnny Mathis, Kenny Rogers, The Smothers Brothers, Lewis Black, Joan Rivers, Dolly Parton, Rita Rudner and Tim Allen. He is currently touring theaters and performing arts centers with The Masters of Stand Up, a group that includes comedy stars: Jimmy Brogan, Cathy Ladman and Maryellen Hooper. His new CD entitled, “Smart Guy, Stupid World” is heard regularly on XM and Sirius Satellite Radio and is available on iTunes.

His ease and likeability on stage have made him very popular with corporate clients and the cruise ship industry where he is a headline performer for several of the major cruise lines. Brad has headlined nearly every comedy club from Anchorage to Miami but his club appearances are becoming increasingly rare because of his busy schedule. Brad has made numerous television appearances and was heard around the nation for several years as a regular guest on National Public Radio’s “REWIND” program. Brad and his wife of 24-years have a 19-year old son and 16-year old daughter….they live in a cul-de-sac.