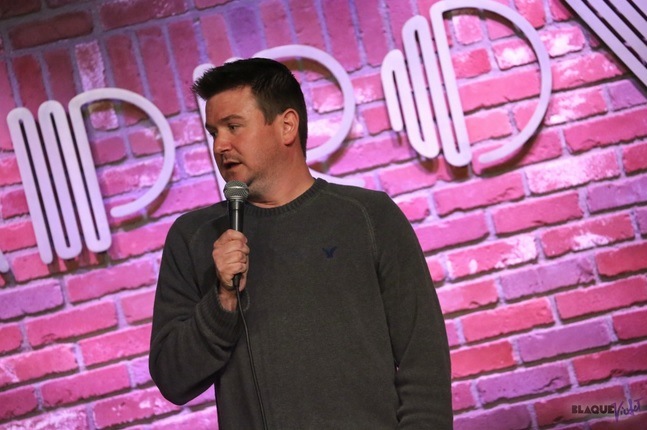 Brett Riley is not a fish out of water he’s his own portable aquarium and the contents of this aquarium are colorful and plentiful. Everyone that comes across this “slim-fat” white guy with a small town Kansas demeanor and a friendly “I’ve met this guy before” face, has the reaction “didn’t see that coming”. An accomplished comedian and vocalist with an endless grab bag of stories, observations, opinions, and a heartfelt conviction to his motto “FORGET THE FORMULA”. Brett Riley is a crowd favorite in every kind of comedy and entertainment venue, most recently named to “Best of Fest” at the San Luis Obispo, CA Comedy Festival and his performance featured on Sirius/XM Raw Dog Radio 2013, Won Wichita, KS “King of Comedy”, and he Won “Roc Da Mic Comedy Competition” Compton, CA. The ability to relate to a broad range of audiences without having to perpetuate a caricature or play the all to common “see, I’m just like you” persona makes Brett Riley a stand out performer in a Los Angeles comedy scene that is overflowing with talent.