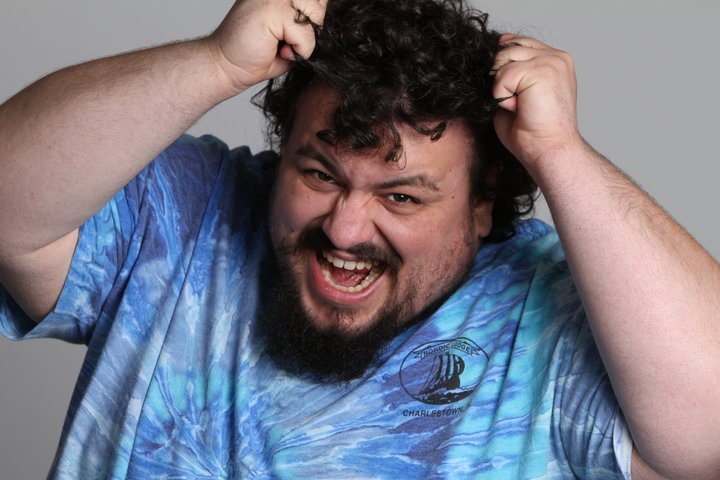 (( The Biggest Comedian you have Never Heard Of ))
Coming from small Rhode Island, Brian Beaudoin is probably the only comedian who is bigger than his State. Brian has developed the ability to read and work with a crowd like few comics can, from ages 8 to 80 from clean sets to dirty. Brian will leave any audience wanting more. Brian uses loved ones and life observations as fuel for his comedic fire. (From store greeters, to his family, to Himself, nobody is safe) Brian is a joke telling tornado, who has been known to keep everybody in the building on their toes and in stitches for a non-stop, wild night of hysterics that will never be duplicated. Brian Beaudoin has been praised on the Comedy Circuit as “the next big thing” and they don’t just mean this is reference to his size. The guy has got talent, and is building an impressive following and resumes match:
* ABC’s ….Body of Proof
*N.E.S.N. 1st and Goals
* Voted Rhode Island’s BEST COMIC OF 2010—Through the Providence Phoenix Readers Poll
* Winner of the 2010 Rhode Island Comic Throwdown
* Voted Rhode Island’s BEST COMIC OF 2009–Through the Providence Phoenix Readers Poll
* Finalist in the 2009 Boston Beantown Comedy Riot (placed 3rd overall)
*Has also performed in many local Comedic Roasts Including….2x Super Bowl champion Jarvis Green and also 50 win, 5x World Champion Boxer….Vinny Paz