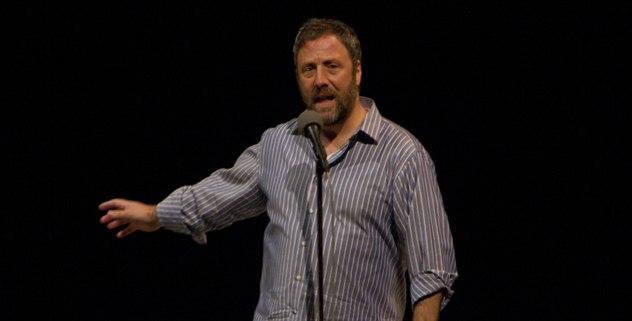 Brian Finkelstein is a regular performer and teacher at The Upright Citizens Brigade Theatre in Los Angeles, as well as the host of the LA Moth Story-slams. He has performed his solo shows in a variety of venues from the HBO/US Comedy Arts Festival in Aspen to the 2012 Summer Nights Festival in Perth, Australia. He’s also an Emmy-nominated writer for his work on The Ellen DeGeneres Show.

Currently his screenplay, Good Grief is being produced by 72 Productions, he’s touring with The Moth and is the cohost of the incredibly offensive podcast, Brian Tells John About The View. briantellsjohnabouttheview.com/