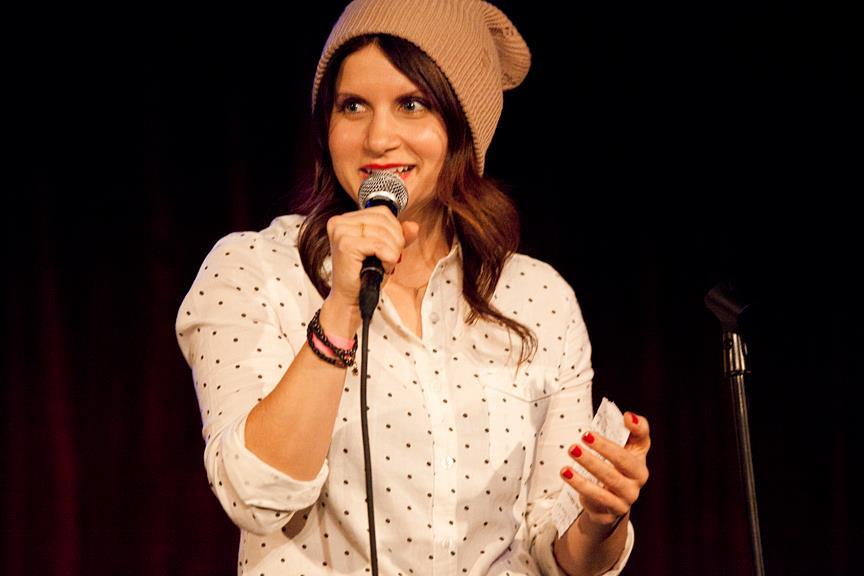 Brooke Van Poppelen is a NYC based comic, actress and writer who has appeared on The Late Late Show with Craig Ferguson and performed on Season 4 of The John Oliver New York Stand-Up Show on Comedy Central. Brooke is a cast member of “World’s Dumbest” on truTV and also appears as a talking head and panelist for different vh1 and MTV shows that make fun of the internet and celebrities. You can see Brooke on IFC doing stand-up in a tattoo parlor for some very confused people and even more confusing is her brief stint on TLC’s “American Chopper” Season 6 as Mikey Teutul’s comedy coach.

Brooke will be a featured headliner at the 2014 Melbourne International Comedy Festival and has performed at Riot Fest LA, The 2013 Bentzen Ball in D.C. with headliners Ira Glass & Tig Notaro, SXSW, and The Eugene Mirman Comedy Festival.

In NYC, she performs regularly at UCB Theater on shows like Whiplash and has headlined Caroline’s on Broadway as part of their “Breakout Artist Series.” In Brooklyn she can be seen at Union Hall, Littlefield, The Bellhouse and her own show Dive Comedy at Freddy’s Back Room every 2nd and 4th Monday at 9pm with co-host Giulia Rozzi.

Prior to NYC she performed and trained in Chicago at The Second City, IO, and Playground Theater. Brooke hails from the Detroit suburbs and loves coney dogs.