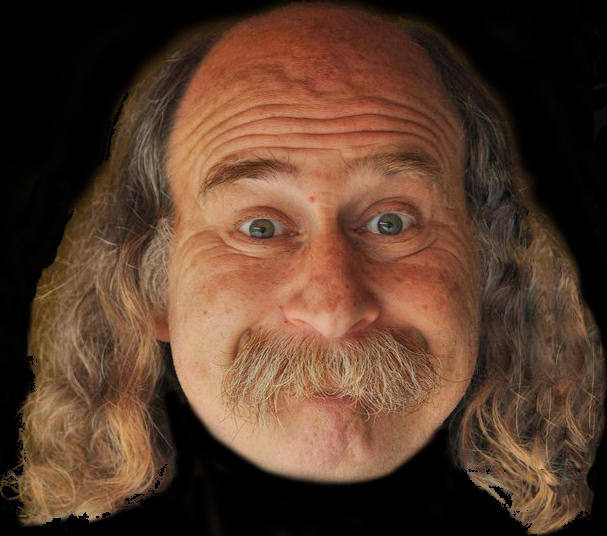 FLASH! It can now be revealed, that regardless of what you’ve heard, or who you’ve heard it from, Bruce Baum IS the co-author/co-creator of the three bestselling “Letters From A Nut” books written under the pseudonym of Ted L. Nancy. *

FLASH! FLASH! Bruce has just released his fourth book, ON HOLD, under his own name. ON HOLD was written only while Bruce was telephonically “on hold” and includes laugh-out-loud short stories, thoughts, musings, ideas, blurps, and more.*

As if that wasn’t enough, Bruce has, among other things, appeared on “The Simpsons” (as himself; a caricature you can see in the background image on this page.) Perhaps you saw one of Bruce’s numerous appearances on Hollywood Squares, Full House, Growing Pains, Comedy Central, HBO and/or Showtime. Perhaps not. Regardless…

Someone once called Bruce “a 200 pound circus with a mustache,” then ran away. Bruce was born, then quickly raised. He then attended UCLA, where he played football, UC Davis where he received his Bachelor of Arts in Political Science, and then returned for graduate work at UCLA’s prestigious film school. If it was legal to stuff Daffy Duck and Benjamin Franklin into a blender and hit the puree button, one might pour out a glass of Bruce Baum.

And… Bruce served as a creative consultant on ABC-TV’s popular “Whose Line Is It Anyway?” for three seasons and spent two years at Fox-TV as resident short-film-maker and sketch comedian on “Sunday Comics” and “Comic Strip Live.” Bruce was also featured on ABC-TV’s “America’s Funniest People” for two years in live and taped sketches. Characters Bruce has created include: Dimples the Cow, Chiaman, Babyman, and of course, Ted L. Nancy**.

Bruce headlines regularly in Las Vegas and top venues (and some not so top venues) around the globe. Through extensive exposure on television, film, radio, and live performances, he has built a solid national audience.