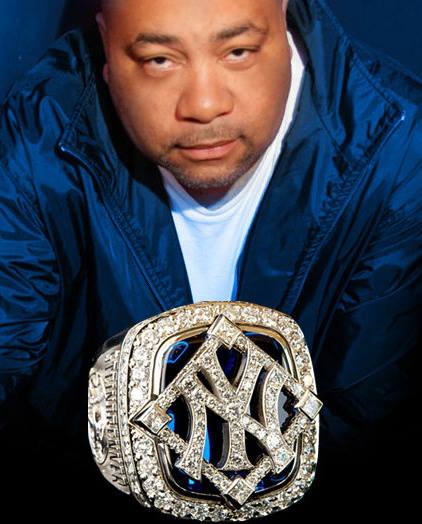 In 1995, Burt Holland Together with a few friends formed a group to promote a party to bring in the New Year. In 1996, they named this promotions team Smooth and Groove Entertainment deriving from the format in which their house parties were set up. There were two levels of music, melllow (smooth) on the first floor and dance (groove) on the second floor.

By May 1997, Smooth and Groove Entertainment decided to go in a different direction and started promoting an after work comedy show with an after party which followed. The themes for each event changed depending upon the time of the year.

Early in 1998, the group’s new format entailed one comedian, a live band, and an unsigned artist or group followed by the after party. This is where Burt met TEDDY B. In March 1998 Teddy B performed at the Ukrainian Ballroom for Smooth & Groove Entertainment and overwhelmed the auidence of 500 screaming fans.

Shortly after that event, Burt became Teddy B’s Manager and resigned from Smooth & Groove Entertainment. This was the birth of Burth Smooth Entertainment. On May 22nd 1998, Burth Smooth booked Teddy B at the famouse B. Smith restaurant in Manhattan where he electrified the sold out crowd. Realizing the power in Teddy B’s voice and remembering the gift of laughter Capone possed (from past comedy shows), Burt Smooth created a weekly open/mic forum called “Lyrics & Laughter”, a blend of live music and comedy.

On September 17th 1998, Teddy B’s untimely death devasted everyone who knew him. After months in limbo, a new challenged appread on the hoizon for Burt Smooth.

In April 1999, he introduced “The Funny Bone” a weekly comedy show every Monday night after work at Nells, hosted by the very funnyman from (The Apollo Theatre) Capone. There were many doubters that thought people would not patronize such an event early in the week.

Today, Burt is regarded as on of the best comedy promoters in New York City. He currenlty promotes comedy shows at Stand UP NY, New York Comedy Club, and Comic Strip Live.