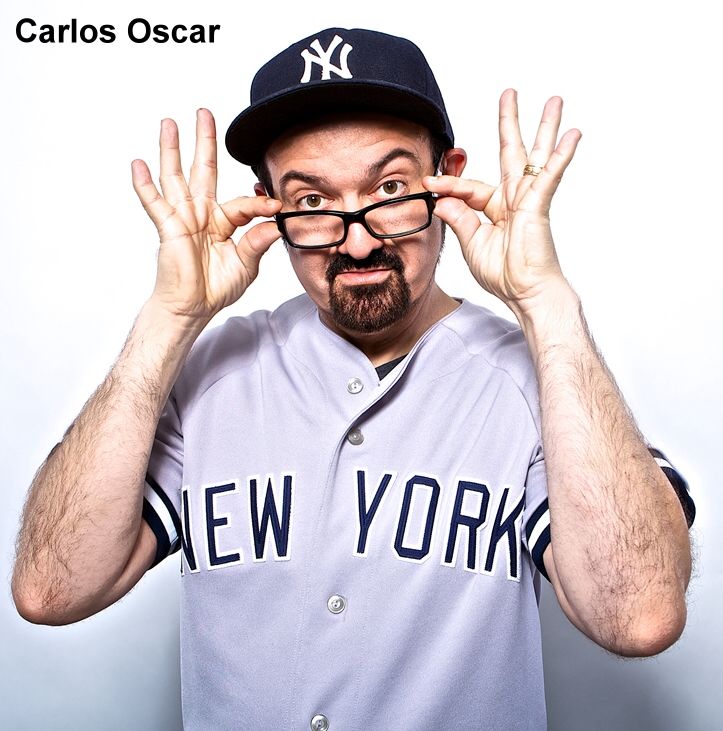 “Carlos Oscar is a comedy treasure, a treasure that’s finally been discovered! A smart and perceptive storyteller, the only four-letter words you’ll hear from Carlos are ‘Wife,’ ‘Kids,’ ‘Debt!’ and ‘Help!’ And Carlos’ observations about his Latino family are so universal that you’ll consider yourself one of them. I know I do.” — Bill Cosby

Carlos Oscar has risen to be one of the most sought after comics today.

Known for his charming, witty and energetic stage persona, Carlos fully acts out his jokes by telling stories everyone can identify with, and metamorphosing into various characters and voices. He jokes most often about the humorous side of family, pop-culture and everyday mishaps. His comedy is always crossover so it has given him a platform to entertain all audiences. Carlos states, “When people hear I’m clean, they may think ‘how is he a comic?’ The reality is I am much more creative and funnier with material I don’t and won’t fall back on with four-letter words or lewd innuendos to entertain an audience.” It is Carlos’ brand of comedy that has paved the way to appearances on TV such as “The Tonight Show with Jay Leno,” HBO and his recent Comedy Central performance.

Carlos was born in Manhattan, New York. On the 4th of July in Bellevue Hospital, as a matter of fact. He says, “What are the odds of a Puerto Rican guy being born in New York City — gotta be 2 to 1.” His comedy influences were started very early on as a child. He states, “My big influences were Johnny Carson, whom I’d stay up on a school night to watch; Bill Cosby — simply the best; and, of course, someone with my similar background: New York born, Puerto Rican comic Freddie Prinze, Sr.”

After finishing high school, Carlos enlisted in the U.S Air Force. Upon fulfilling his commitment, he returned to Los Angeles where he attended UCLA to take an acting class. It was during this class that he came to realize that comedy was his gift. “My dream is to one day be blessed with the opportunity to entertain people on TV every week with my own show. One that is truly crossover with great integrity and bottom-line FUNNY!!!”

Carlos lives in Pasadena, California with his wife and two daughters. And, his mother-in-law… don’t laugh — it’s true.