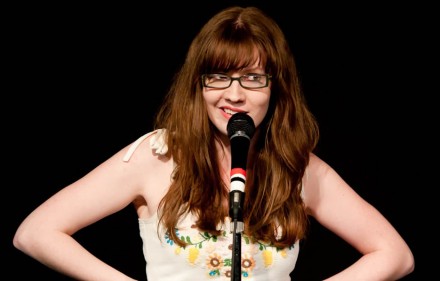 Carolyn Busa’s experience in stand-up comedy was fueled by her love of the contagious laugh. After years of being the one with the snort, Carolyn thought it time she take the stage to create a whole new generation of snorty laughers. Her first performance at a coffee shop lit the match to an awkwardly, awesome stand-up career. Carolyn may hail from the suburbs of New Jersey but she is no stranger to the city comedy scene.

She has performed at shows and clubs all over Philadelphia as well as the 2012 Bridgetown Comedy Festival, 2011 Ladies are Funny Festival and most recently at the 2013 Women in Comedy Festival. Carolyn co-hosts Laughs on Fairmount every Monday at the Urban Saloon, voted Philly’s 2012 Best Open Mic by witout.net. Carolyn continues to host shows throughout the tri-state area as well as contributing to local theatre and sketch productions.