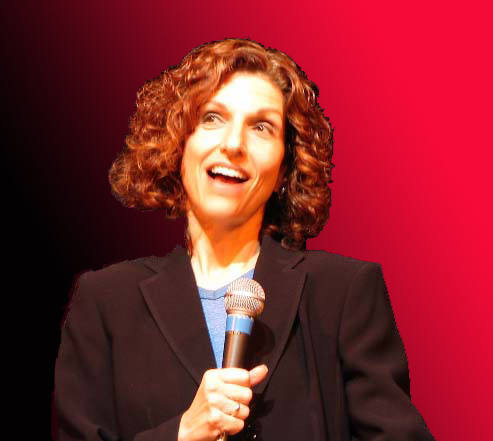 The best way to get inside Cathy Ladman’s head is to see her live. As one of the country’s top comedians, Ladman’s show is a self-probing, anxiety-venting vehicle, which draws laughter from exposing personal neurosis. She has not only appeared on “The Tonight Show” nine times, but was also the only female comic to appear on the last two Johnny Carson “Tonight Show Anniversary” shows. Cathy has had her own HBO “One Night Stand” comedy special and, in 1992, was awarded the American Comedy Award for Best Female Stand Up Comic. Most recently, Cathy was one of the three finalists in Nick at Nite’s “Funniest Mom in America.”

A native New Yorker, now living in Los Angeles, Cathy is successfully pursuing an acting career in television and film. Her film credits include roles in “The Aristocrats,” “White Oleander,” “What Planet Are You From?” “My Fellow Americans,” and “Don’t Tell Mom The Babysitter’s Dead.” Her television pilots include “Caroline in the City,” in which she had a recurring role, “Next Exit,” “Carlos,” “American Nuclear,” and “Hot Prospects.” She appeared regularly on ABC’s “Politically Incorrect” and, when it was in production, Comedy Central’s “Dr. Katz: Professional Therapist.” She has guest starred on Fox’s “Titus” and CBS’s “Everybody Loves Raymond.”

In addition to stand-up, TV, and film, Cathy has been acting in live theatre. She recently appeared in a successful Off-Broadway run of, “The JAP Show: The Princesses of Comedy.” In 2004 –’05, she appeared in the 25th Anniversary Production of “Last Summer at Bluefish Cove,” which was nominated for a GLAAD Award. She developed her own show, ” Scaredypants,” with HBO, and took it to the Aspen Comedy Festival, and she’s currently working on a new solo show, entitled, “Does This Show Make Me Look Fat?”

Cathy’s comedy focuses on family, growing up, relationships, and real life from a very personal perspective. The Los Angeles Times put it best “… Ladman has such clever, well-written material and such a breezy, unassuming delivery that it would be easy to overlook just how good she is: Her act seems effortless.”