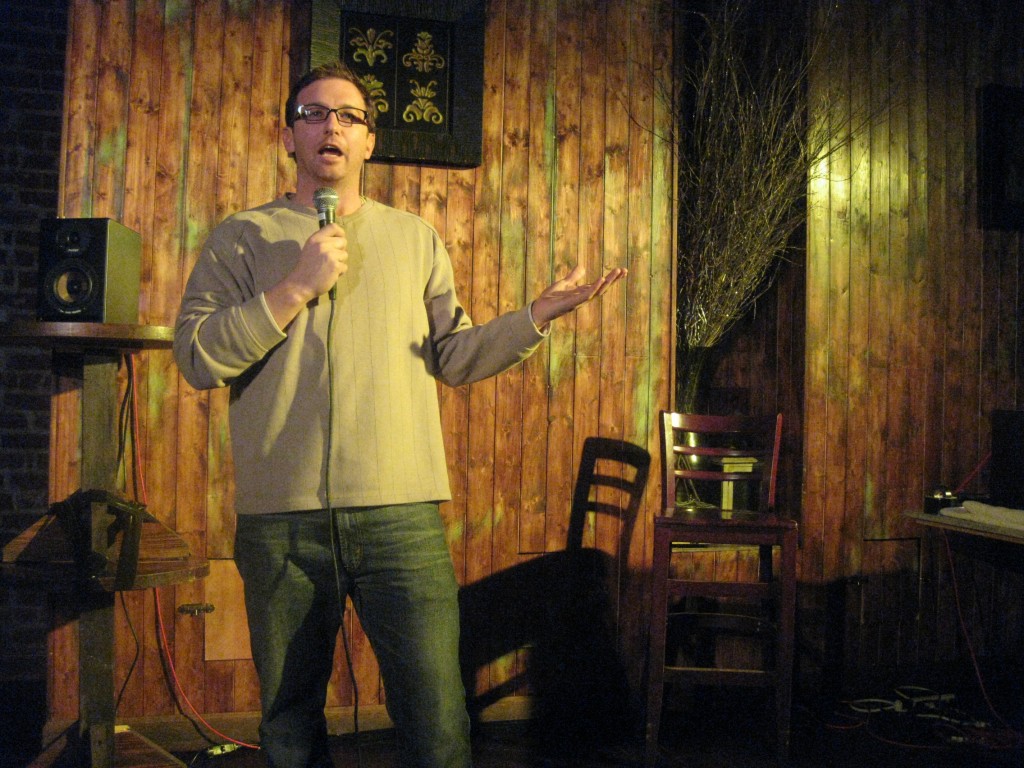 Charlie Gaeta is from New Bern, North Carolina. He has been living in New York City doing stand-up comedy since 1999. Charlie has been booked at the most prestigious comedy clubs in New York and has performed at colleges and universities all over the country. With a Bachelors degree in English Literature from Gettysburg College, Charlie routinely corrects other peoples grammar and rephrases their sentences to avoid fragments. A constant pain in the ass since he was six, Charlie wont shut up. He believes he is always correct. When he is wrong he will never admit it. He has never apologized to anyone in his entire life. Charlie never went to graduate school but this doesnt stop him from speaking extensively about subjects he is not that well versed. There is no argument Charlie will not join, no matter how trivial or subjective. Charlie is a poor sport. He routinely gets into fights with other grown adults on the basketball court or soccer field. Charlie is not particularly tall and this may give some insight into his loud-mouthed ways and his constant argumentative personality. Charlie is an arrogant, small minded, ego-maniac who thinks only of himself and would gladly cut off his left hand if he thought it would further his right. Charlie has also written a television pilot, which is hilarious as well. His jokes are witty and smart. His delivery is clean and honest. Regrettably, all of these virtues escape his personality. Charlie is the most wretched person you will ever meet, but hes one damn fine comedian.