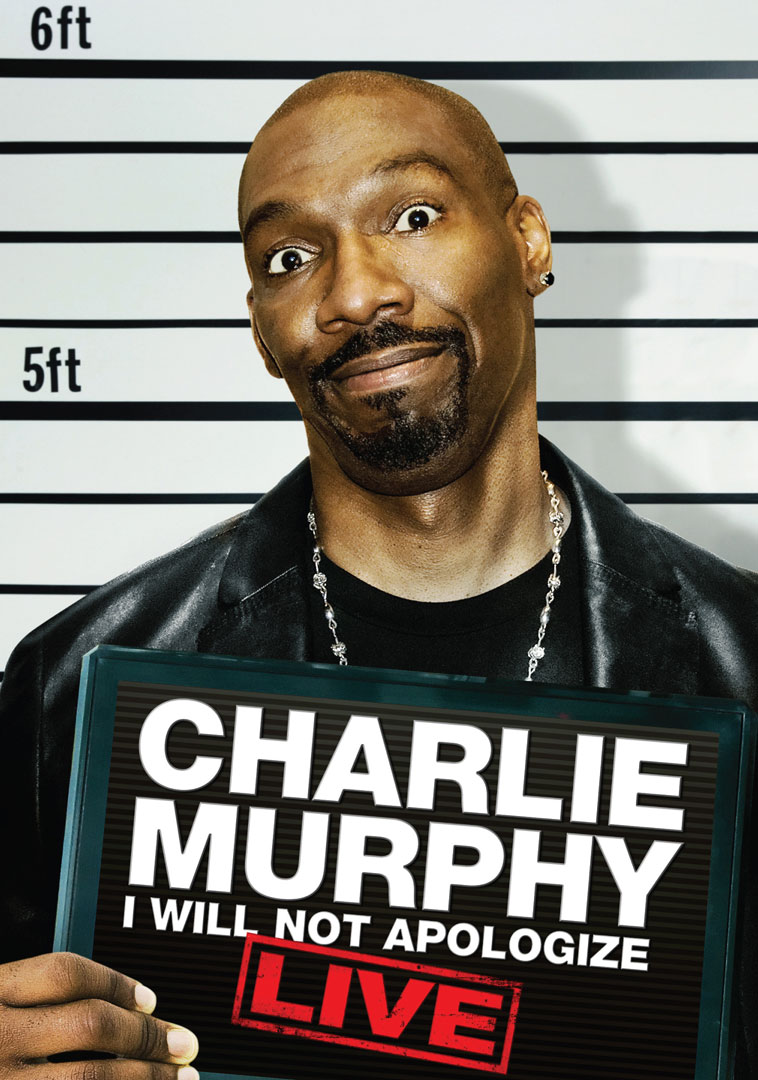 Charlie Murphy’s rapid evolution from “Chappelle’s Show” cast member to top-billed international comedian, playing to sold-out audiences around the globe, has been remarkable. He has spent the past 8 years performing his critically acclaimed stand-up show and solidifying his position in Hollywood as a true acting, writing and producing talent, in his own right.

Charlie has toured nationally w/ the “I’m Rich Bitch” comedy tour, featuring fellow “Chappelle’s Show” cast members Bill Burr and Donnell Rawlings. “Charlie Murphy and Friends” and a co-headlining tour with Mike Epps followed. Next, Murphy co-headlined the 20-city “Maxim/Bud Light Real Men of Comedy Tour” with Joe Rogan and John Heffron. Soon after was the headline tour “I Will Not Apologize” for which Murphy filmed his first DVD special of the same title. Distributed by Image Entertainment, this special premiered on Comedy Central in the #1 slot and is available in stores, Amazon.com and iTunes.. Internationally he has invaded Europe and Canada, an accomplishment very few American comedians can boast of.

Charlie’s screenwriting credits include Norbit, Starring Eddie Murphy, which opened #1 at the box office, a remake of The Incredible Shrinking Man, Vampire In Brooklyn, Paper Soldiers for Jay-Z’s Rockafella Films and Tales of the Dogg, an animated pilot for Snoop Dogg and MTV. His voice is a favorite as Ed Wuncler III on Adult Swims Boondocks, A Cat Named Rolo in the Black Dynamite animated series and Freaknik The Musical (T-Pain, Snoop Dog) as The Perminator.

Charlie has been a popular guest on a wide-variety of television talk, variety and news shows, including: Lopez Tonight, The Monique Show, The Joy Behar Show, and Fox Business’s National Primetime Show.

In an effort to create internet content, Charlie wrote, produced, and starred in Charlie Murphy’s Crash Comedy, a series of webisodes for Sony Entertainment’s Crackle.com. His web presence is additionally bolstered by a multi-media advertising campaign for Nike’s Jordan Brand, featuring Charlie as long time Jordan nemesis/inspiration Leroy Smith and the up and coming “The World According To Charlie”

His autobiographical book entitled The Making of a Stand Up Guy, was published by Simon and Schuster and is available on Amazon.com.

In 2012 Charlie is preparing to film his second live stand up DVD, “Charlie Murphy’s Acid Trip” as well as guest star in several episodes of TBS’s hit show “Are We There Yet?”