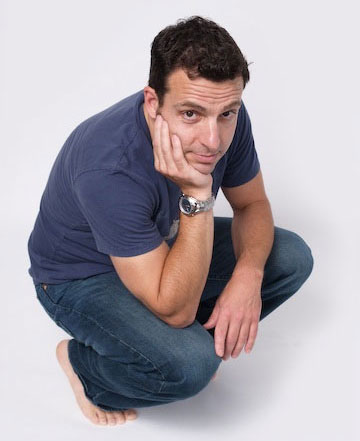 Chris Coccia’s act is a perfect combination of hilarious material and the ability to present it “in the moment”.  Flowing seamlessly between material and improvised interaction with the crowd, Chris is able to open the audience up as he pulls them into a shared recognition of our own human-ness.

Chris keeps a full schedule working everything from the country’s top comedy clubs to corporate events to colleges.  In addition, Chris Coccia won the 2008 Purina Pet Comedy Challenge, a national event with a $10,000.00 prize. He was also invited to be part of the Great American Comedy Festival in Johnny Carson’s hometown, Norfolk, NE put together by the talent coordinator of the Late Show with David Letterman, Eddie Brill.  He has appeared on Comedy Central, The Game Show Network, and XM Radio. Chris is also a frequent and favorite guest on several Philadelphia based radio shows.