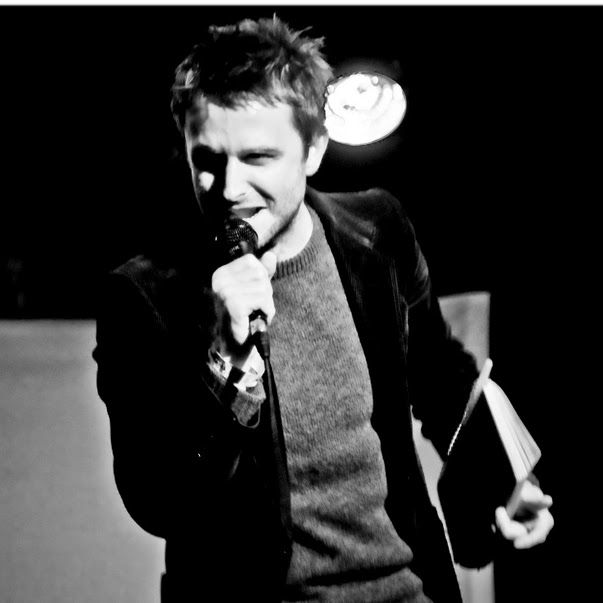 Chris Hardwick was born on the starship Enterprise and is the product of two red-shirts that quickly met their demise in a transporter lovemaking mishap.  He was banished by the Federation to earth after “inappropriate conduct” on the holodeck with a computer-generated Buffy Summers.  Since then, Chris has become a professional stand-up comedian and a self-proclaimed nerd. He is a writer for Wired Magazine and is the face of AMC’s first live after show Talking Dead, which airs as a platform to discuss the network’s highly rated show The Walking Dead.

In 2008, Chris founded Nerdist, a website and podcast devoted to all things nerd related. In 2011, Nerdist merged with GeekChicDaily to form Nerdist Industries with Hardwick serving as Founder & Chief Creative Officer and digital media entrepreneur Peter Levin serving as Chief Executive Officer. Their online presence includes a website at Nerdist.com, a premium YouTube channel (youtube.com/nerdist), the Nerdist News daily e-newsletters, 1.7 million Twitter fans and a podcast network including the flagship Nerdist Podcast which is also produced as a TV show on BBC America.  Nerdist hosts live events such as The Nerdist Podcast Live! and Course of the Force, an annual Comic-Con lightsaber relay in partnership with Lucasfilm LTD.  In July 2012 Legendary Entertainment, the company behind such genre films as Inception, Watchmen, 300, Man Of Steel and The Dark Knight Trilogy, acquired Nerdist Industries.  Hardwick and Levin serve as Co-Presidents of Digital for Legendary, in dual roles with their Nerdist positions. Nerdist Industries is headquartered at its theater space at Meltdown Comics in Hollywood, CA.  Chris will be featured in a one hour stand-up special “Chris Hardwick: Mandroid”  on Comedy Central in November 2012.