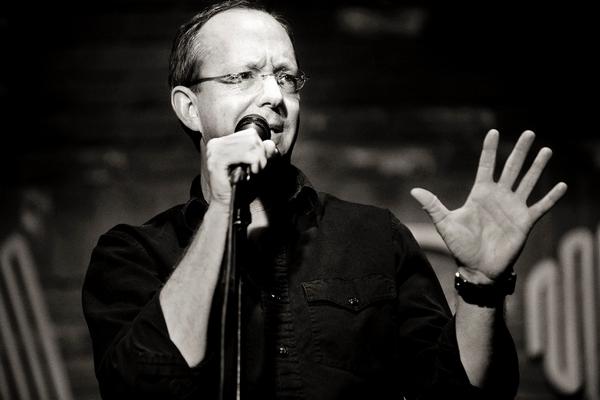 Chuck Martin is an Emmy winning writer, producer and director, but considers himself a standup comedian first. As a veteran standup comedian, Chuck has made numerous appearances on the “Tonight Show with Jay Leno,” along with many other appearances on Showtime, MTV, and Comedy Central. Martin has also toured with legendary comedians Howie Mandel and George Wallace, and he can currently be seen on tour with Jerry Seinfeld.

As a writer and producer, Chuck won an Emmy for his work on the critically acclaimed FOX series “Arrested Development” and was nominated for two more. Other award nominations include “Television Producer of the Year” from the PGA and two nominations from the Writer’s Guild for “Best Comedy Series.” Chuck’s other television writing credits include “Politically Incorrect with Bill Maher,” “The Ellen Show,” “53rd Annual Emmy Awards,” and the “74th (and 77th) Annual Academy Awards.”

Chuck’s other television work includes co-writing and directing the FOX pilot “Sincerely, Ted L Nancy,” which is based on the best-selling book series “Letters from a Nut.” He also directed a pilot for Comedy Central titled “Playlist,” as well as the second season finale of “Arrested Development.”

In film, Martin currently has two feature films in development, one for Universal and the other for Paramount for which he is also attached as director. He additionally had a voiceover role in the DreamWorks animated feature “Bee Movie” and was also a writer on the project.

Most recently, Chuck has been writing and producing NBC’s “The Marriage Ref” and working on his standup act in Los Angeles and New York.