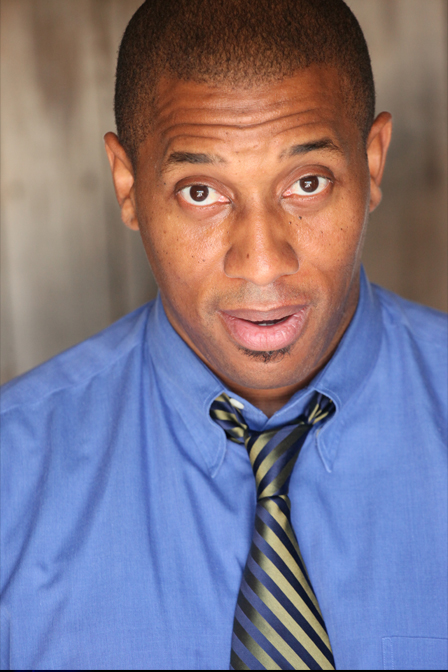 Born and raised in Oakland, California, Cinton Jackson is the youngest of 3 and the only son. An imaginative child inclined to perform, Clinton stood empty handed at “Show & Tell”, told his jokes and officially claimed his identity as a stand-up comic at the age of 9.

After graduating from high school Clinton began to hone his craft in San Francisco’s thriving comedy scene, quickly moving up the ranks to become one of the youngest headliners around. He has appeared on many stand-up comedy television shows including his own half hour special on Comedy Central and most recently The Late Late Show With Craig Ferguson. When not headlining his own shows Clinton has been the opening act for such notable artist as Diana Ross, Aretha Franklin, Donna Summer, Dennis Miller, Chris Rock, and Steven Wright. Clinton has also recorded and released two full length comedy CDs, both of which are regularly featured on satellite radio comedy channels.

Upon signing with the Commercials Unlimited agency Clinton began to work in television commercials. With what one casting director called “a natural ability to connect” Clinton was cast to star in numerous national commercials including Subway, Mitsubishi, JEEP, Circuit City, Nissan, Century 21, Old Navy, Circuit City, AMD as well as AC Delco.

Stand-up remains Clinton Jackson’s first love and greatest passion. In addition to comedy clubs he is very popular on the corporate event circuit, doing shows in which he often incorporates his keen ability to improvise with his audience. The San Francisco Chronicle says, “on stage Clinton Jackson moves as if he were in a boxing match delivering material that is not only hilarious to hear but brilliantly visual as well. He’s good natured, clever, and engaging with a unique point of view, earning him the respect of his peers and giving him a broad cross-over appeal. “

The San Francisco Chronicle says “Clinton Jackson is more a monologist than a joke machine; his good natured presence and knack for spinning a tale draw an audience into his confidence. He has an effortless, easygoing delivery and an actor’s gift for mimicry”.