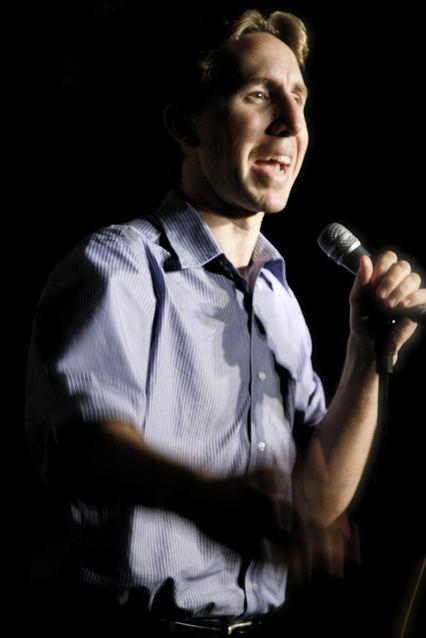 Cory Jarvis has never been one to take the conventional route. After military service, 4 years of college, and a one year stint as a cabana boy/lifeguard/performer at a tropical resort, he made his way to Tokyo. Instead of waiting until he finished his travels to fulfill his lifelong aspiration of becoming a Stand-Up comedian, he decided to just start where he was. He soon joined the Tokyo Comedy Store, quickly became a regular, and began performing at venues throughout Japan.

In 2007 Cory made the leap to NYC and began performing nightly at many clubs such as The Comic Strip, Broadway Comedy Club, LOL Comedy Club, and many independent shows.

Cory is a naturally upbeat and energetic person who draws upon his mixed background and his experience both at home and abroad to create material which is both, accessible and relevant, yet original.

He has appeared on Comedy Time TV, a national Diet Coke commercial in Japan, has been the emcee, 3 years running, of Go-Go Curry’s International Eating Competition, and spent 3 years touring Japan as a performer with Disney’s World of English.

He has performed in the New York Comedy, Laughing Devil, and the New York Underground Comedy Festivals, as well as others. He even recently performed at a swingers party as the clothed portion of entertainment.

He has written for Reader’s Digest, the iPhone App “This Just In”, and National Syndicated Radio. He also has several sketches and articles published on websites such as Funny or Die and College Humor.

When not performing, Cory is either swimming, reading a science fiction book, or saving the world via X-Box.

Cory can currently be seen performing nightly all over New York City.