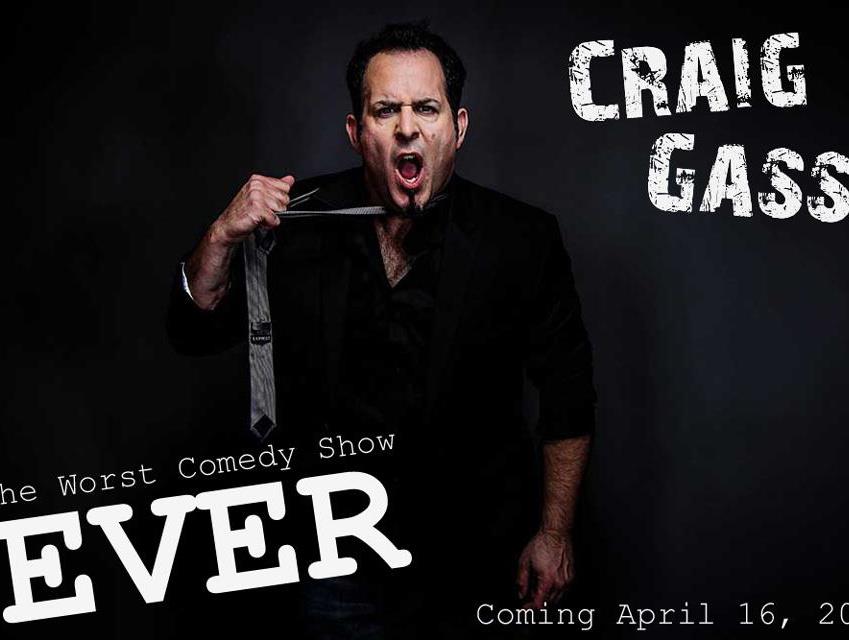 Craig Gass first gained fame as the guy who did voices for The Howard Stern Show when his Gene Simmons impression sparked an on-air feud between Craig and the real Gene Simmons, which eventually resulted in a friendship between the two.  Craig was a hit on Comedy Central’s Roast of Gene Simmons.  He also became a favorite character on King of Queens as the funny guy at work that drove Kevin James crazy with jealousy.  He’s been the voice of memorable characters on Family Guy and The Cleveland Show.

He is one of the best impressionists in the business and is an accomplished stand-up comedian and radio personality.

Craig Gass (born February 15, 1970 in Mount Vernon, NY) has been “performing stand-up comedy since 1993 when he decided to get revenge on a group of comedians who had ridiculed him for attempting to perform at an open mic.” He acquired his peculiar talent of imitating characters and actors by learning to speak as a child from watching television. Both his parents and sister are completely deaf. With his family unable to serve as a model for how to speak, Gass grew up imitating the voices on TV.