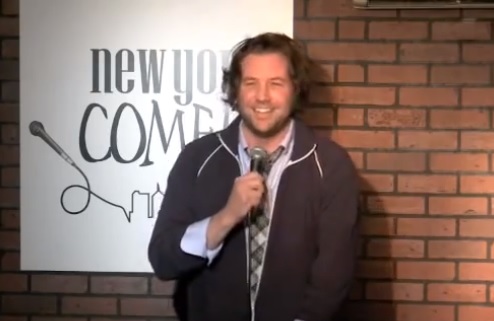 Dane Hanson is a stand-up comedian, actor, writer and director living in NYC.

Dane wrote, directed and starred in “The Female Orgasm Law” which won the Audience Award for Best Comedy Short at the 2012 Friars Club Comedy Festival!

In 2013, The Friars Club asked Dane to be one of their jurors for their Comedy Festival.

Another comedy short, “Lie Detector” has over 2 million views and was selected to be part of the Friars Club Comedy Festival in 2011.

Dane’s short films have twice been featured on Funny or Die’s homepage.

He has starred in over 50 national commercials.

Dane has two television sitcoms in development. One has the Executive Producers of “Flight of the Conchords” and “The Jeselnik Offensive” attached and the other has sports radio/TV legend, Dan Patrick, attached to co-star and produce.

Dane is repped by Paradigm.

Dane also works as the Director of New Talent at The Laughing Devil Comedy Club.