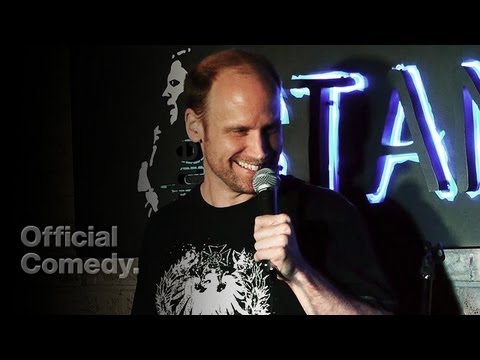 Danny Palmer is a somewhat funny stand-up comedian currently residing in New York City. After leading a bachelor’s life of debauchery and excess in Atlanta, Georgia, Danny decided to hone his comedic craft in the city that never sleeps. So in May of 2008, Danny sold his townhouse, tucked his body pillow under his well-toned arm and took the plunge.

Danny realized that following his life-long dream would take a great deal of effort, so he signed up for a couple improv classes. Since arriving in New York, Danny has performed his rather blue material in front of massive throngs in venues such as Broadway Comedy Club and New York Comedy Club. Among his influences are Larry David, Sarah Silverman, Lisa Lampanelli, Howard Stern, and Katherine York Davis. He credits his success to these fellow comedians and to his Lord and Savior, Jesus Christ.

Danny also demonstrates his comedic prowess as a contributing writer to someecards.com, the uproariously funny free e-card website. And like 180 million other Americans, Danny has a blog that he frequently updates at least once a month, “Entertaining 16 People I Know with Words”.