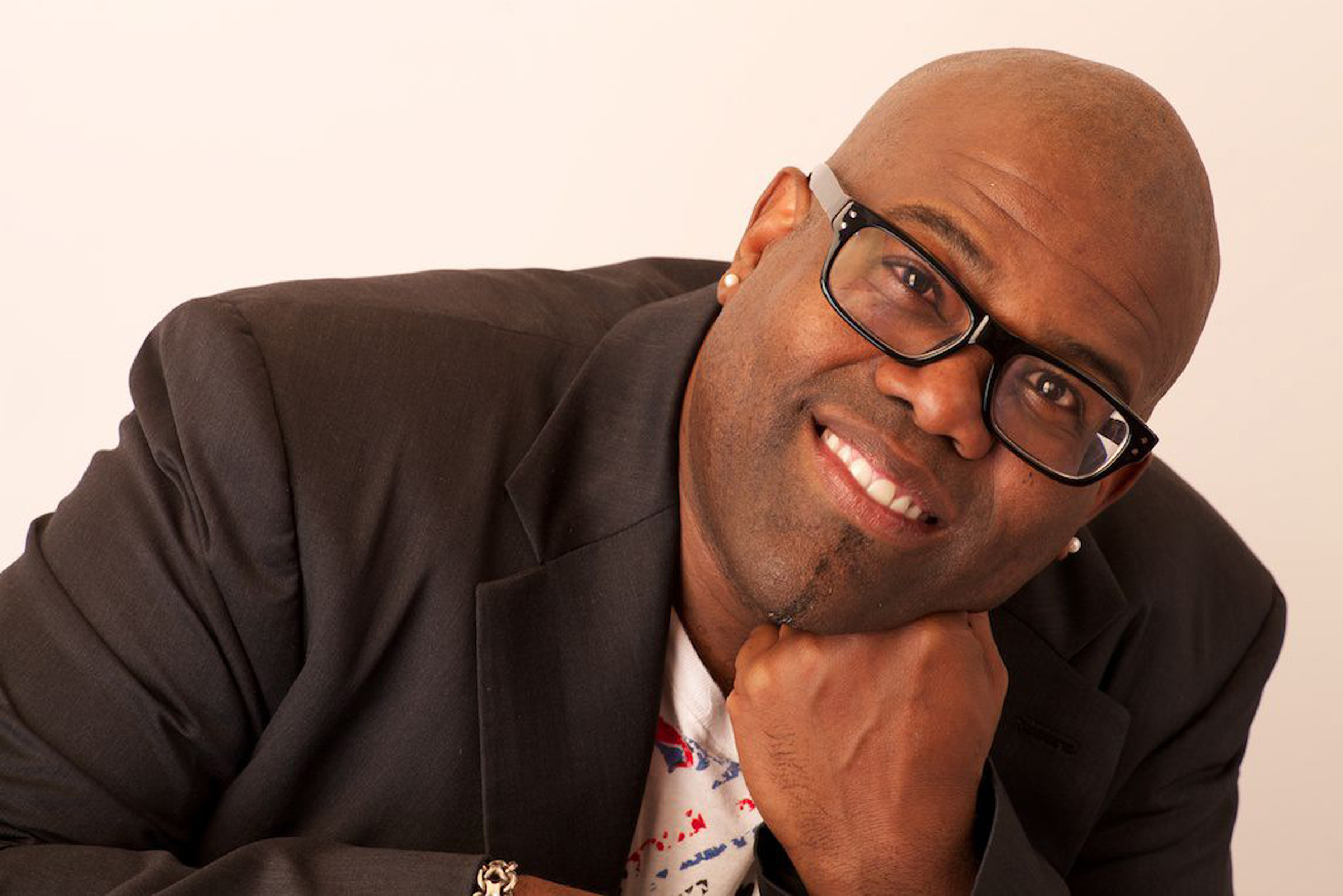 2012 was a big year for comedian Darryl Lenox. Stagetime Magazine named his CD Blind Ambition “one of the Top 5 Comedy Albums of 2012,” joining Louis CK, Reggie Watts, Tig Notaro, and the late Patrice O’Neal.  Along with the album release on Stand Up! Records, 2012 also saw the release of his hour-long standup special of the same name on Starz. This marked the first feature comedy special to appear on the network.

The title of the CD, Blind Ambition, is fitting, as anyone who has experienced Lenox’s insightful comedy knows that he hasn’t let his visual impairment stand in the way of his becoming one of the most popular comedians in the country.  The content goes deep, drawing on a risky eye surgery that ultimately led him to the role of Executive Producer of his own standup special. “The risk we had to take to do my major eye surgery – the one that could have left me totally blind – it propelled me to take the risk on Blind Ambition,” Lenox explains.  “The doctor that performed the surgery is my hero – it was incredibly inspiring. I knew after that experience that my days of waiting on people were over.”

Lenox compares his show to a roller-coaster ride – full of ups and downs, tension and release. Living with a visual impairment has refined his perspective, allowing him to cut through audience preconceptions, discard self-pity, and deliver pitch-perfect repartee that leave audiences spellbound and sore from laughter. People are clearly getting it and clamoring for more, and the reviewers are eagerly spreading the word:

Comedy reviewer Chris Milea took note of that very thing in a review of Blind Ambition, writing, “While introspection-inducing big picture stuff is certainly brought, it must be clear: Lenox is so remarkable in transition and planning that this set is loaded with jokes!”

Critic Ed Placencia recently reviewed Blind Ambition and wrote, “In a world of Michael Bay-style stand-up comics who rely on explosions and CGI, it’s nice to find a Woody Allen who is more concerned with composition and character.”

Darryl grew up in Las Vegas and lived in Seattle, Los Angeles and Vancouver, Canada for several years before making New York City his permanent home.  He is no stranger to comedy, having toured the US and Canada for over 15 years headlining comedy clubs, but his latest work is suddenly seeing a massive amount of response and exposure from mainstream media who are just now discovering Lenox and his unique approach to comedy.

When Darryl Lenox talks about his influences, it is a diverse and somewhat unexpected list.  Sure there’s the comedy of greats like Richard Pryor and Redd Fox, but he is also quick to point out that he embraces multiple art forms when preparing his sets and perfecting his craft.  He stretches his musical boundaries by studying great artists from Jay-Z to classical and opera.  He also watches great episodics like “The Sopranos” to study the way the directors tell an hour-long story and keep their audience engaged.

With his recent success, Darryl’s popularity has seen a meteoric rise both north and south of the 49th Parallel, and Darryl Lenox doesn’t show any signs of slowing down. He has several comedy-related projects in the works, a full touring schedule, and more ambition than ever. “I don’t think I’m anywhere near my capabilities.  There is so much I want to do.  I’ve been at this for a long time, but in many ways, I feel like I’m just getting started.”