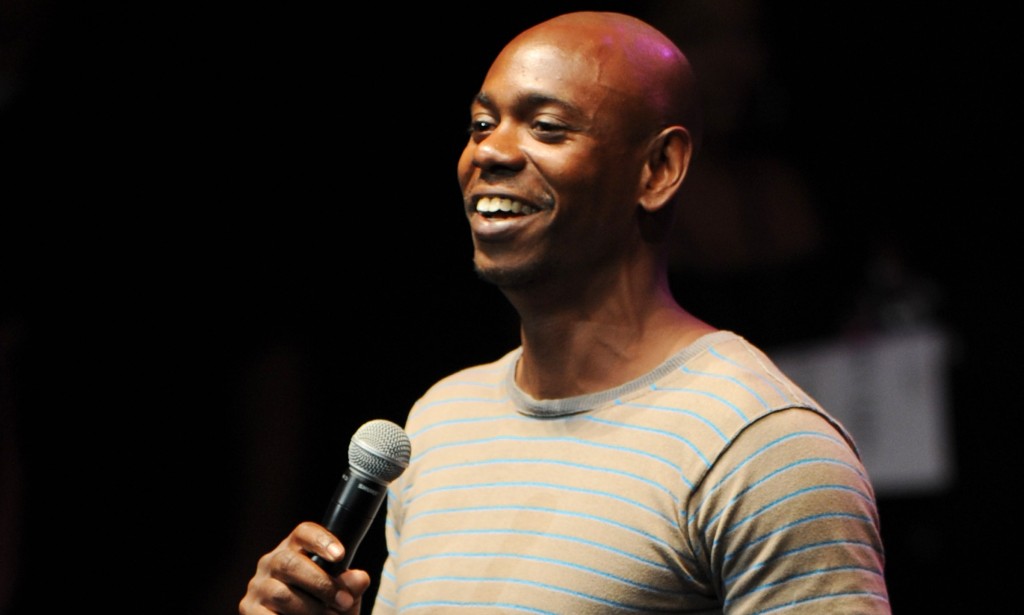 Dave Chappelle has become a one of the most distinctive voices in comedy with his laser-precise views on race, class and popular culture. A true journeyman who has worked in the entertainment industry since he was 14, Chappelle rose to the height of fame on the strength of his groundbreaking “Chappelle’s Show” and stand-up specials.

The son of college professors, Chappelle began his professional stand-up career in Washington, DC. As a minor, Chappelle’s mother, also an ordained Unitarian minister, often accompanied him to local comedy clubs. After graduating from the Duke Ellington School of the Arts with a concentration in theatre, he moved to New York City to continue his pursuit of stand-up work in earnest.

After getting booed off the stage at the legendary Apollo Theater’s Amateur Hour he fell under the wing of Charlie Barnett, a New York street comedian. Charlie helped tutor Chappelle as a performer and taught him that all great comics must develop a definitive point of view.

Chappelle eventually gained valuable experience to perform with such entertainment luminaries as Aretha Franklin at Radio City Music Hall, Richard Pryor at Symphony Hall and with Whoopi Goldberg at the Lincoln Center. Time-Out New York described his appeal as possessing “that rare balance of depth and delivery, which often makes a [Richard] Pryor or a [George] Carlin.”

Chappelle’s feature film and television path is unique. After making his movie debut in Mel Brooks’ “Robin Hood: Men In Tights,” Dave had the fortune of appearing in two consecutive blockbusters. In 1996’s “The Nutty Professor,” Chappelle played the obnoxious ‘Def Jam’ style comedian Reggie Warrington, who taunted the portly Professor Klump (Eddie Murphy). Subsequently, he appeared in the smash hit “Con Air” as Pinball Parker, a rioting convict who meets his death after being ejected from an airplane (by Nicolas Cage).

His first full foray into television, the short-lived 1996 series “Buddies” proved to be a personal low point for Chappelle after his friend Jim Breuer was sacked and the show canceled after four episodes.

Chappelle’s first major starring role was in 1998’s “Half Baked,” which he also co-wrote with eventual “Chappelle’s Show” partner Neal Brennan. The film is now viewed as a cult hit and must-own DVD for college kids/stoner movie fans.

Chappelle delivered laughs as co-worker and confidante to Tom Hanks in “You’ve Got Mail.” In 1999, the film “Blue Streak” teamed Chappelle with fellow comic and DC native Martin Lawrence. He also had a turn as ‘Conspiracy Brother,’ in the 2002 Eddie Griffin vehicle “Undercover Brother”.

Never forsaking his love for stand-up, Chappelle starred in his own HBO one-hour stand-up comedy special, which aired in August 2000. He has appeared on over 40 national programs including numerous appearances on “The Late Show with David Letterman,” “Conan O’Brien” and “Politically Incorrect”.

Dave’s rocket to international stardom came in 2003 with the advent of “Chappelle’s Show,” a half-hour blend of sketch, stand-up and musical guests. The program allowed Chappelle to tackle issues of race, politics and celebrity in no-holds-barred style, such as the classic story of black white supremacist Clarence Bigsby or a “tribute” to R&B singer R. Kelly. The compilation of the first series became the best-selling television DVD of all time. The second series of “Chappelle’s Show” catapulted Dave further into the spotlight, turning his signature portrayals of Rick James and Prince into household catchphrases.

After his departure from Comedy Central, Chappelle was the subject of “Dave Chappelle’s Block Party,” a concert documentary directed by dreamy surrealist Michel Gondry.

Chappelle currently lives in Ohio with his wife and children. He still performs stand-up, notably establishing an endurance record at the Laugh Factory in April, 2007. In his spare time he enjoys skateboarding and playing video games.