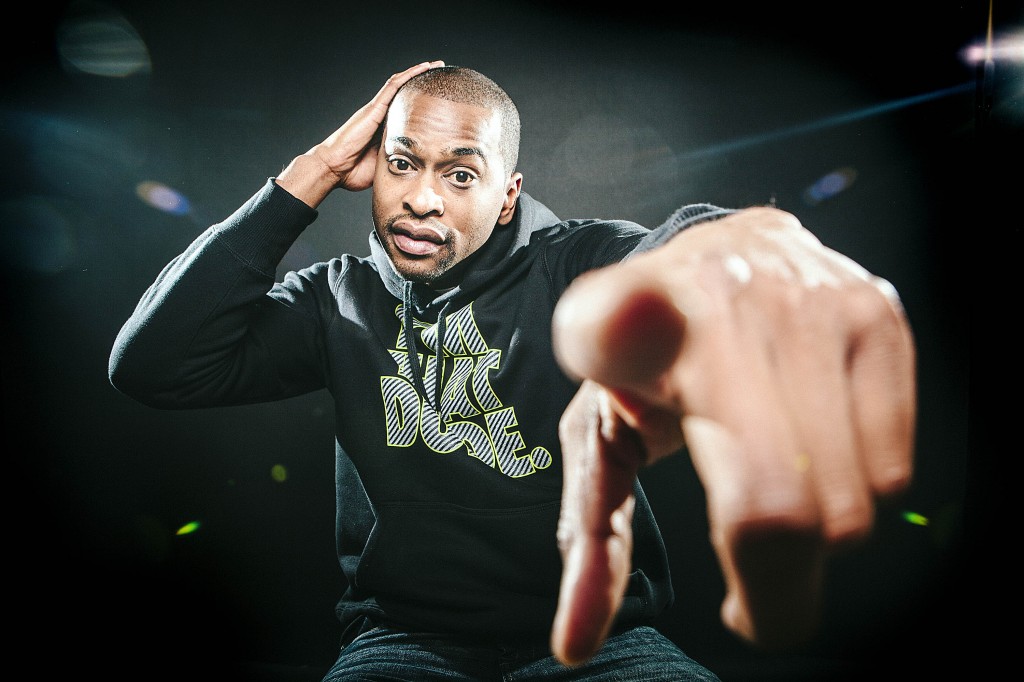 DC Ervin is a “Bay Area” bred comedian who is making major waves on the Los Angeles comedy scene. His father who was also a comedian introduced him to the art at an early age and since then he has acquired both a passion and respect for the art. Over the years DC has developed a unique style which has helped separate him from other comedians as well as provide him with a platform to construct and deliver jokes allowing his name to be memorable. Beyond having the ability to make diverse audiences laugh; DC Ervin is a pleasure to watch. His mesmeric personality and interesting topics lures one in like an unexpected hypnosis.

DC made his national television debut on ABC’s The Evidence, and hasn’t slowed down since. He has since won the Ontario Comedy Competition, was a finalist in the Bay Area Comedy Competition, made an appearance on TV One’s hit comedy show Bill Bellamy’s third season of Who’s Got Jokes, and has been in two national commercials for Colgate and Carls Jr, is the host of Crack em Up Thursdays at the Comedy Store in Hollywood, CA, and finally, DC Ervin has been crowned LA’s 2011 funniest comedian!

In addition to DC’s achievements and recognitions he also writes, produces, and stars in his own short films and sketches; however, DC understands what’s most important in life. Therefore, when he is not working he spends his all his extra time with the loves of his life; his two loving daughters. Family and friends are the forefront of his life because at the tail end of the day everything he does is for their betterment.