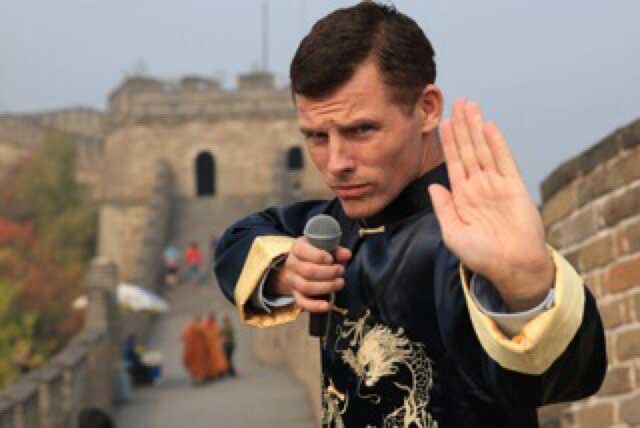 Des Bishop a native New Yorker, Des Bishop moved from Queens to Ireland in his mid-teens in 1990. He has since carved out a highly successful career in stand up comedy in Ireland as well as having had three acclaimed television series on RTE, Ireland – The Des Bishop Work Experience (2004), Joy in the Hood (2006) and most recently, the award winning six episode comedy documentary series In the Name of the Fada (2008).  The openness and honesty of his presenting style combined with his restless imagination and insightful comic observations make Des Bishop a “must-see” for fans of unique, enquiring and entertaining comedy.

Undoubtedly one of the most enigmatic forces on the international comedy circuit Des continues to travel the world over with his stand up shows. His most recent stand up show My Dad Was Nearly James Bond received its premiere at the 2010 Melbourne International Comedy Festival winning rave reviews and playing to packed audiences. Des has gone on to perform this confronting and personal show at the Montreal Just for Laughs, and the Edinburgh Festival Fringe before embarking on a national tour of Ireland this winter.

Des has released four stand-up DVDs including Des Bishop Live on DVD (2005), Tongues (2008) and Desfunctional (2009) which all secured positions in the top ten for the busy Christmas periods. As organiser and resident MC of the International Comedy Club in Dublin, Des has also penned two stage plays in collaboration with Arthur Riordan.