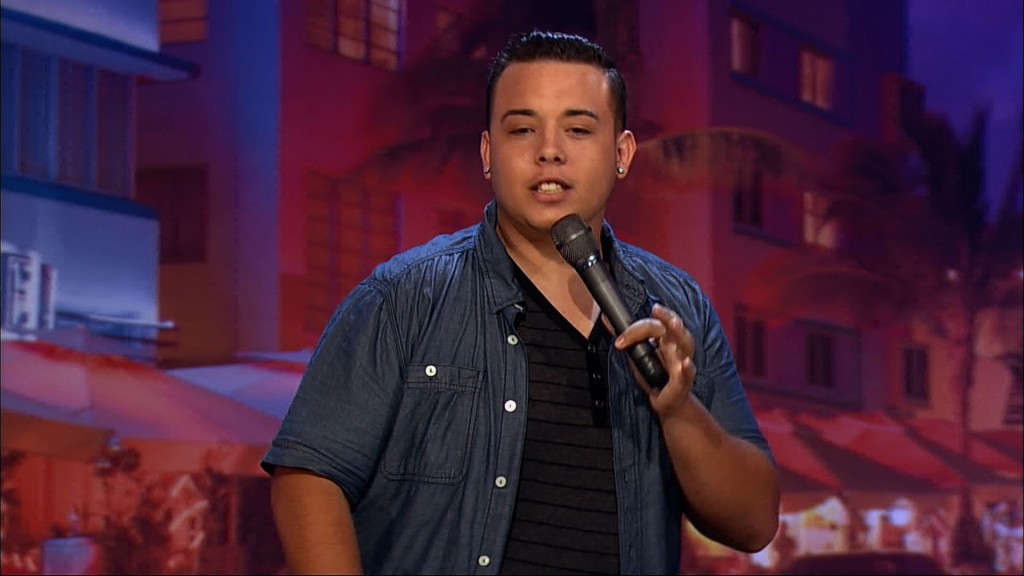 Dillon Garcia was born into a one-parent household in Whittier, California where he was inspired by superb comics to initiate and develop his own comedy career. Dillon started his professional comedy career at age 16 when he was offered an opportunity by Richard Villa to take the stage, and dish out laughs, using his microphone and his wits.

Dillon’s successful stand-up routines have brought him to open for many renowned comics including, but not limited to, Nick Swardson, Dave Chappelle and Gabriel Iglesias (his comedic idol). Dillon has also performed throughout the country and has been credited by American Latino Television, Google TV and MTV. Dillon was the youngest comedian to appear on Comedy Central when he was featured on “Gabriel Iglesias Presents Stand-Up Revolution” series in 2011.

Despite Dillon’s early accomplishments, he realizes and accepts that he has much more to learn. As he molds his comedic style and polishes his gift of improvisation, Dillon’s material is supported by life lessons with a satirical and sarcastic twist. However most of his material is primarily based on throwing himself in the spotlight and poking fun at himself. Dillon is currently performing at comedy clubs across the country.