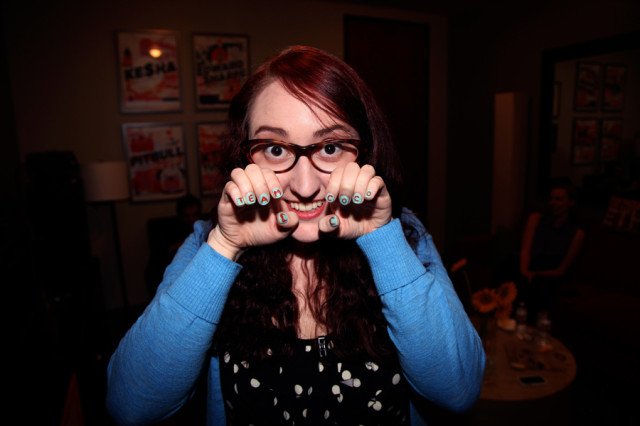 Emily Heller is a comedian and writer who likes you very much. You may have seen her on Conan, on the third season of John Oliver’s New York Stand Up Show on Comedy Central, or as one of the New Faces at the 2012 Montreal Just For Laughs Festival. She has been named a Comic to Watch by both Variety and Comedy Central. She is the creator and star of the Above Average series The Future. She is currently a writer on the FOX comedy Surviving Jack.

As far as nicknames, she prefers “Hell Bone.”