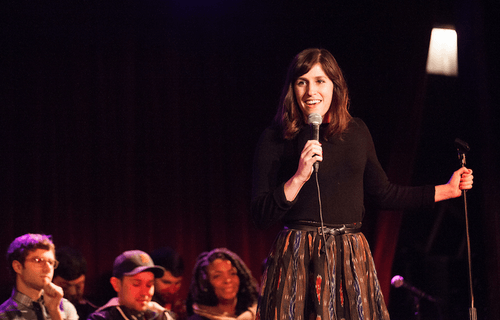 Emmy Blotnick is a writer and comedian based in New York. She has written for VH1’s Best Week Ever, MTV’s Nikki and Sara Live, NBC’s Late Night with Jimmy Fallon blog, Mental Floss Magazine, Refinery29 and others.

She regularly performs at the Upright Citizens Brigade Theater and many other venues around town. Most recently she appeared in a commercial for Intel and hosted an episode of SELF Magazine’s series Girl vs. Sweat.

She is originally from Boston, is a graduate of Northwestern University and has a schnauzer named Harrison who is handsome enough to be on money.