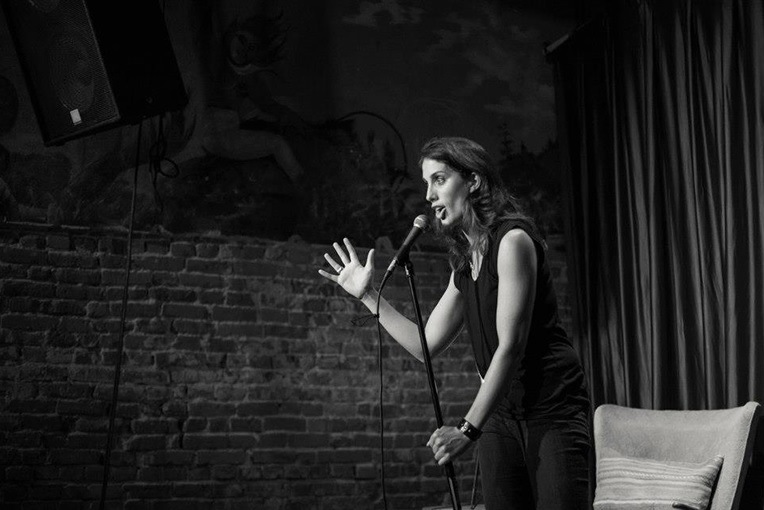 Erin Foley is an amazing comedic actress, comedian, and writer. Just this year, she made her stand-up debut on Conan, did a guest star on the NBC series Go On, and also performed stand-up on TV Guide’s inaugural series Stand-up In Stilettos hosted by Kate Flannery of The Office and Comedy Central’s new series Mash Up hosted by TJ Miller.

As a seasoned comedian, she also has a Comedy Central Presents under her belt, as well as having been on Premium Blend, Chelsea Lately and The Kilborn File. In New York and Los Angeles, Erin can be regularly seen at Gotham Comedy Club, Caroline’s on Broadway, The Improv, The Laugh Factory and Stand Up New York. She has performed at the San Francisco Sketch Fest, Just for Laughs/TBS Comedy Festival in Chicago and the Moontower Comedy Festival in Austin.

Foley has had the honor of being selected to perform at the prestigious Montreal Comedy Festival three times. Additionally, Erin has also had roles in Curb Your Enthusiasm, the acclaimed Tribeca Film Fest short Cried Suicide, and even a supporting role in Almost Famous. Erin has branded a unique position for herself in the industry as not only a gifted stand-up but a talented actress. Her versatility makes her one of the most sought- after women working the comedy scene today.