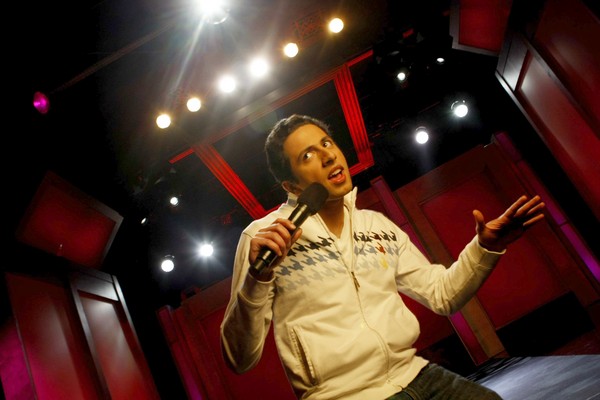 Fahim Anwar is a Los Angeles-based standup comedian, actor and writer. Formerly an aerospace engineer at Boeing, Fahim traded the cubicle for the stage and has never looked back. His Afghan parents however plead with him to look back nearly every day. “Is comedy worth throwing your life away for?” Fahim says, yes!

He has performed as one of the “New Faces” at the JUST FOR LAUGHS FESTIVAL in Montreal. A regular in the L.A. comedy scene, and a finalist at NBC-Universal’s Stand-Up for Diversity Showcase.

In 2010 Fahim made his television debut with a large guest starring role on NBC’s CHUCK. Most recently, he’s recurred in season 3 of FOX’s LIE TO ME. Fahim was a series regular on season 2 and season 3 of MTV’s DISASTER DATE, appeared on Comedy Central’s RUSSELL SIMMONS PRESENTS: STAND UP FROM THE EL REY THEATRE and in season 4 of CALIFORNICATION on Showtime.

He also recently provided commentary on various CELEBRITY OOPS! specials on E! Entertainment. Fahim continues to write and star in his own series of internet shorts and has had multiple shorts go viral, with many being featured on Break, Digg and Reddit.