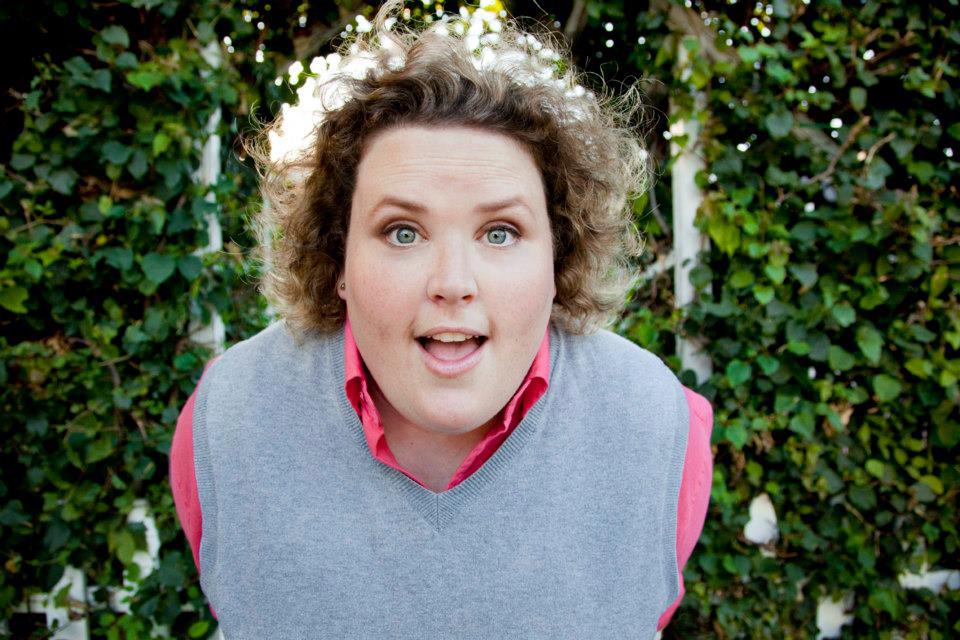 After a brief stint as a personal assistant where she lost her boss’s cat on at least three occasions (don’t worry she found him!), Fortune was hired to be an entertainment journalist for the syndicated newspaper column Beck/Smith. She would remain with them for seven years where she was published in such outlets as the Creators Syndicate, Netscape.com, and the LA and NY Daily News.

It was in 2005 that Fortune began taking improv and sketch classes at the Groundlings Theatre as a way to make friends but soon a budding comedian was born! After four years of intense training, she was selected to be in the Groundlings’ prestigious Sunday Company (with alumni like Will Ferrell and Kristen Wiig) where she performed a new sketch show every week for a year-and-a-half.

It wouldn’t be long before Fortune would begin making a name for herself in the standup world after being made a paid regular at the World Famous Comedy Store and being selected as one of the “New Faces” at the renowned Just For Laughs Comedy Festival in Montreal. Soon she made her national TV debut on NBC’s “Last Comic Standing” where she finished as a semi-finalist.

During this time, she was flown out twice to New York to audition in front of Lorne Michaels for “Saturday Night Live,” but it would be Chelsea Handler who would give Fortune her next big platform. Fortune has now been a full-time writer and performer on the E! Network’s popular show, “Chelsea Lately,” for the last three years, and is a main cast member on their scripted series “After Lately.”

Most recently Fortune opened for Chelsea at Caesar’s Palace in Windsor and she performed in front of 15,000 people as part of Dave Chappelle and Flight of the Conchord’s “Oddball Fest.” Her standup was also featured on HBO Canada’s “Funny As Hell” and she’ll be appearing in an upcoming episode of Comedy Central’s storytelling show “This Is Not Happening.” She can currently be seen in the Jim Belushi movie, “The Secret Lives of Dorks,” which was just released in theaters.

In her spare time, Fortune acts like she’s 12 years old by playing soccer and tennis every week, she has a secret passion for scrapbooking (shhh!!), and she writes ridiculous things on Twitter. She also travels all over the world doing standup so be sure to take the opportunity to see Fortune live at a comedy club near you!