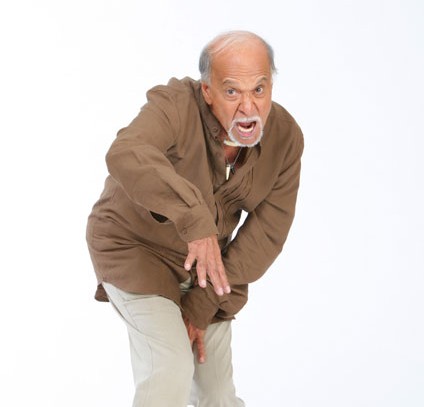 A self-described “class clown” in school, Trinidad born comic of East Indian heritage, Gerry Bednob graduated from the University of Toronto with a degree in Sociology. He worked as a high school counselor until he decided to try out open mic night at Yuk Yuk’s. His initial fear of bombing on stage resulted in huge laughs from the crowd and got him an invite to come back from the owner of the club.

“You can be a class clown or be the guy who’s funny at parties but that doesn’t necessarily translate to the stage. It’s all about timing, and luckily I learned a thing or two.” Gerry honed his timing and skill for 2 years in Toronto before deciding to make the move to Los Angeles.

The move paid off as he finished 2nd in the LA Comedy Contest and followed that up with being the first first-time comic to open a late night show when he appeared on The Merv Griffin Show. He became relatively well known on the comedy club circuit performing throughout the U.S., Canada, and Europe.

He made appearances on The Wonder Years and Encino Man before winning the 1993 Star Search International Stand-Up Competition. It was as a comic where he met writer/director Judd Apatow and was cast as Mr. Burundi on the Fox television show, Undeclared. This relationship led to Gerry’s breakthrough role as Mooj in the smash hit, The 40 Year-Old Virgin. He would follow up on the success of this with numerous roles in film and TV including Witless Protection with Larry the Cable Guy, and Walk Hard with Jenna Fischer and John C. Reilly.