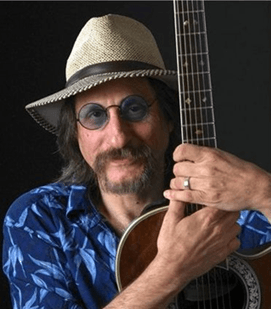 Gerry has been playing his special brand of rock and roll comedy since the late sixties. He grew up in Chicago, and before becoming a favorite on the comedy circuit, spent twenty years touring in the world of rock and roll.
Back then, and to this day, Gerry infuses every show with content and a special energy customized for that evenings audience. Because of this, his show flows seemlessly from comedy clubs to corporate shows, from festivals to touring with major rock acts. Gerry has always felt an enormous sense of affection and gratitude for his audiences, and that approach guarantees that every night is a special evening, filled with music and laughter.