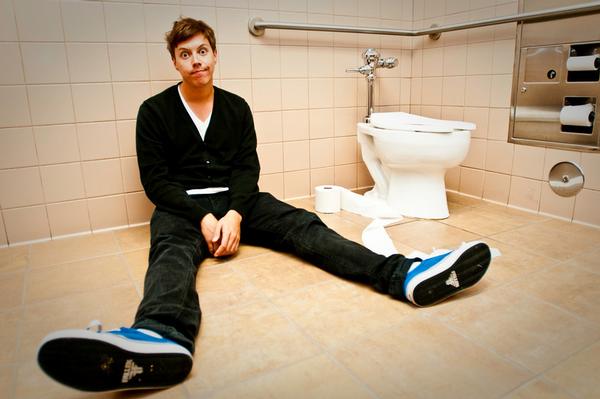 Originally from London, England by way of San Diego and Catalina Island, Grant Cotter is a Stand-up Comedian, Improvisor, Host and Writer.

Grant was a smart ass from a young age. Constantly getting in trouble at school for pulling pranks and disrupting his classmates he knew he had a knack for making people laugh. His school boy antics eventually lead to him winning his schools title of ‘Best Sense of Humor’ in Middle School and again in High School.

Since then Grant Cotter has appeared on numerous TV shows including, “The Henry Cho Comedy Show” on GAC, “1,000 Ways To Die” on SpikeTV, “All-Stars” on MTV, candid appearances on “TMZ” and on the Comedy Time Network’s “Man Up Stand Up”.

His stand up can be heard on Sirius/XM National Lampoon Comedy Radio. He was a recurring guest co-host on Indie1031.com’s ‘Space Invaded Radio’, ‘Wino Wednesday’s’ and can currently be heard weekly on the Cool Party Guy’s Podcast ‘Stand-ups Sit Down’.

Since the start of his career Grant has won multiple awards and contests such as The Irvine Improv’s Funniest Comedian in Orange County, Bill Word’s Ultimate Laff-Down, Funniest Comic in Anaheim and he is a 3 time winner of The Laugh Factory’s Fresh Faces contest.

Grant’s wild off the cuff anything goes style and attitude has made him a crowd favorite at comedy clubs across the country. Grant credits his approach to comedy to a summer spent in New York City where he performed up to 10 times a night.

In 2010 after a performance at The Egyptian Theater in Park City, Utah for the Sundance Film Festival, The Park City Record wrote of Cotter, “Grant Cotter has an eclectic brand of humor, quick wit, and rapid-fire delivery that never misses a beat.”

In 2011 Grant was one of the youngest comedians ever to be invited to perform in the prestigious San Francisco International Comedy Competition where he performed for over 1,800 people and received honorable mention. He has also appeared in the San Luis Obispo Comedy Festival and the Ventura Harbor Comedy Festival.

Grant is a regular comedian on ‘Comedy Juice’ a show that Sirius/XM Satellite radio calls “The best Stand-up show in the country” and has been featured on CNN and US Weekly.

He studies Improv with the Upright Citizens Brigade and The Groundlings.

As a Host, Grant shot an unaired pilot for CurrentTV, a music countdown show featuring the Billboard Top 40. He is the Host of ‘Cracktastic’ a pop culture web series featuring topical interviews with celebrities. He is also the producer/mastermind of the insanely popular, Rated R for RADICAL, a sell out live stand up show at the Irvine Improv hosted by Grant featuring performances by todays top comedians.

The OC Weekly recently wrote, “His raunchy subject matter and quick wit will surely leave you in stitches.Rated R for Radical isn’t just a clever name—and it’s definitely worth the $10 per hour you’re paying the baby sitter. ”

Grant Cotter has performed alongside the biggest and best comedians in the country such as Dane Cook, Ron White, Louis CK, Dave Attell and Daniel Tosh to name a few. You can see Grant performing regularly at The Improv Comedy Clubs throughout Southern California as well as The Laugh Factory in Hollywood and Long Beach were he Hosts the weekly ‘Class Clowns College Night’.