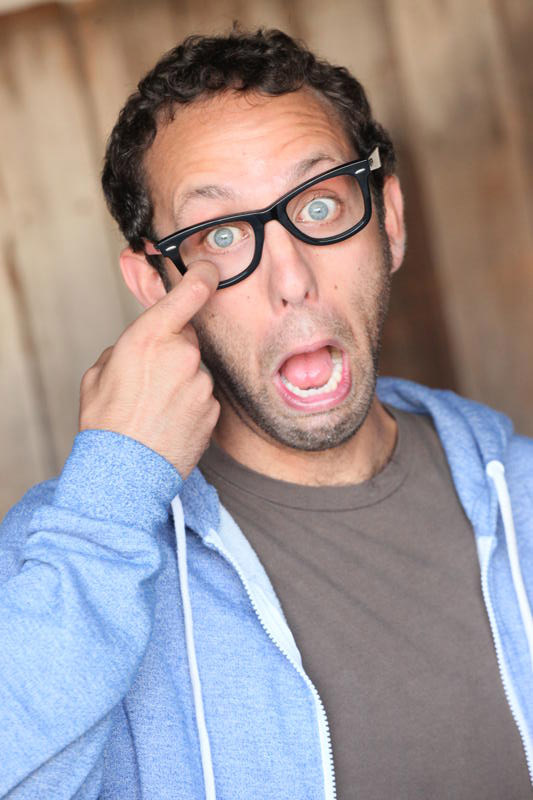 San Francisco Weekly describes Grant Lyon as “a hilariously sharp observer, not one of those tired white-guy bellyachers.” Born in Los Angeles, taken to Chicago for middle school, high school in Sacramento, college in Santa Cruz, Grant has been around. He is a practitioner of sophisticated immaturity – his comedy blends intelligent wit with pure silliness all while maintaining a relaxed surfer-dude personality. A history major in college, his infatuation with this nation’s past and present stand out throughout his show.

A former collegiate soccer player with UC Santa Cruz, Grant decided to pursue a career on stage instead of on the field. He was a featured performer at the Bumbershoot Music and Arts Festival in Seattle, the Laughing Skull Comedy Festival in Atlanta, the Asheville Comedy Festival in North Carolina, the Bridgetown Comedy Festival in Portland, winner of the Colorado Mile High Comedy Competition, appeared in the prestigious San Francisco Comedy Competition, and has opened for names like Bobby Lee and Robin Williams. He is a member of the sketch comedy group Four In The Back, performs improv regularly, and is an accomplished, award-winning actor. In addition, he is a contributing writer for the Huffington Post, was a finalist in the 2010 Slamdance Screenplay Competition, and won the D.C. Shorts Screenplay Competition. His film Interview Date, which he co-wrote and produced, has won awards at film festivals across the country, including an Audience Award at the 2011 DC Shorts Film Festival. He has appeared on the nationally syndicated Bob and Tom Radio Show and his material is played on Sirius/XM satellite radio. His comedy is clever and honest, a unique combination of social commentary and ridiculous observations.