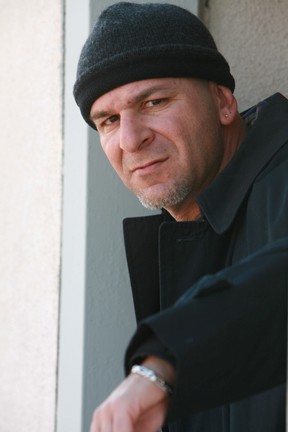 Greg Vaccariello realized that he was funny in third grade. Appearing in the school play, Greg made the entire audience laugh without saying a word. To this day Greg doesn’t know what he did that day, but it worked and he was hooked. Because Greg can’t sing, he never appeared in another school play because they were all musicals, so he didn’t think that he could ever act again until he saw Jackie Gleason in The Honeymooners and Greg knew that there was hope!! His next influence was Steve Martin and Greg saw stand up as another avenue to express his humor.

The Bronx native went to high school on Long Island and then college in Oneonta, NY. After graduating from college he worked in the corporate world and got his teaching degree. Greg took acting classes with John Monteleone and starting doing stand up in 1989. Soon, Greg was on the road making people laugh from Florida to Maine and Arizona to Michigan.

Greg took more acting classes with Joanna Beckson, Alice Spivak, Marci Phillips and Dani Super in New York and with Zora DeHorter and Nick Anderson in Los Angeles, and he has appeared on such hit TV shows as ED, Law and Order: SVU, Law and Order: Criminal Intent, The King of Queens and Hope and Faith. Greg has also appeared in the independent movies Hung Up, No Money Downand Under Budget. The diversity of characters he played in these programs shows us Greg’s tremendous acting range.

Several years ago Greg wrote a sit com pilot called Now What? The script was adapted to the stage and was produced in 2005 in New York, giving Greg his first producing experience. He is currently writing a new script called Sacketts Harbor,PD.

Greg draws on his personal life and his unique point of view to create an original and predominantly clean stand up act. He can perform in top clubs across the country as well as on cruise ships and at corporate events. His style is best described as physical and animated as well as observational, mixed with stories of single life, past relationships, family dysfunction and other whacky events that we all see every day.