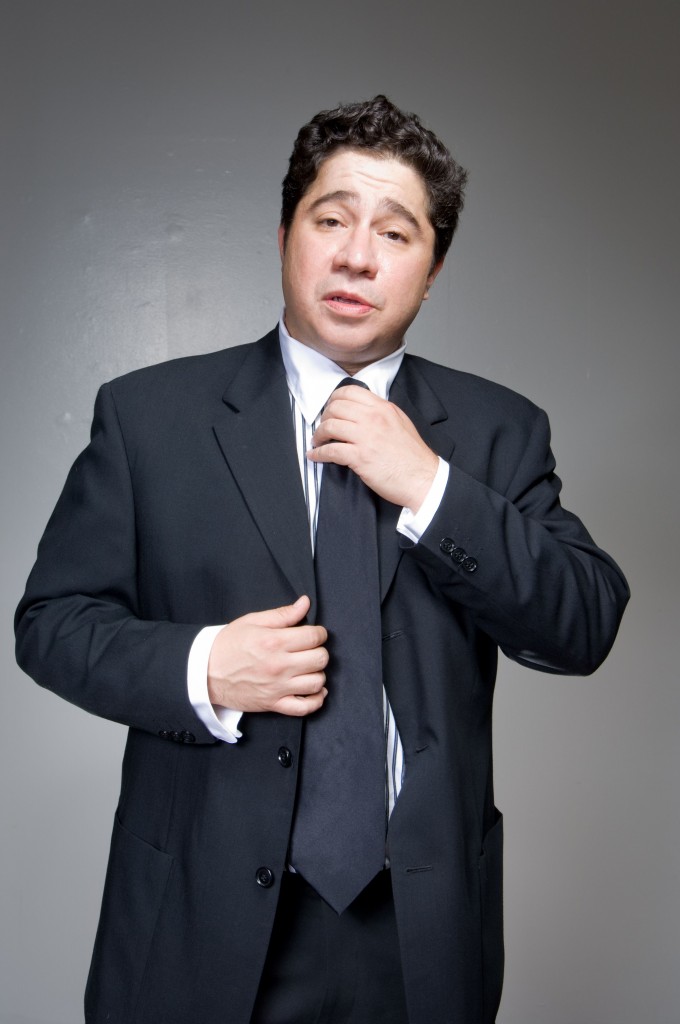 Greg Wilson began as just another Greg Wilson from the suburbs of Dallas, TX. Using his uber-keen observation skills, quick thinking and a loud mouth, Greg cut a wide, dangerous path to the bright lights of stage and screen. His determined willingness to go against the grain, ignore the status quo and shock the audience has been the hallmark of a career on the edge and a reputation that has to be referred to as “The”.

As a high school student, Greg was a master of Humorous Interpretation, winning speech & drama tournaments across the country. After winning the state title, Greg shirked tradition and chose to enter the national tournament in Dramatic Interp. Despite uproarious pleas from friends, teachers and even his parents not to “waste this opportunity”, Greg stormed the national tournament and won the National Championship in Dramatic.

…and he never looked back.

Just after graduation, Wilson became the youngest member ever accepted into the nationally renown Ad-Libs Improv Troupe at age 18. Greg and the troupe flourished performing 4 sold-out shows a week at the exclusive Ad-Libs Improv Theater in Dallas’ famed Arts District.

Soon Greg would break into commercials and become one of the most recognizable faces in the region. But after six years with the troupe, thousands of shows and numerous commercials, it was time to go at it alone.

His solo stand-up would prove too raunchy and too loud for the southern clubs, where Greg would often find himself getting banned amid standing-ovations. At his farewell show staged at Ad-Libs Improv Theater, friend and fellow comedian Steve Slonina introduced him as The Greg Wilson, and a comedy rockstar was born!

So, in August 2002, Wilson again shirked convention and began developing a show that would take stand-up comedy to a wild and unruly place it had never gone before. Driven by the comedy mayhem that is TGW’s hallmark, he created an over-the-top carnival of comedy that combined his passion for the outrageous and the intense audience interaction Wilson perfected as a member of Ad-Libs: The Comedy Madhouse.

Quickly selling-out smaller 200-seat theaters, the show then sold-out the Theater at Madison Square Garden twice before moving into residency at the Supper Club in Times Square. Playing to packed houses of 1000+ screaming fans every Saturday night, Wilson shot to the top of the NYC comedy scene.

In December of 2003, the show was picked-up by The Hard Rock Casino in Las Vegas. There, Wilson would learn first-hand the cutthroat nature of the entertainment world. Forced to work with new producers and a new vision for the show, TGW quickly made the decision to leave the show after tremendous personal consideration.

A fierce display of comedic combat that only a personality as big as Texas could create, control and command. The show dominated the NYC comedy scene in 2004-2005 staging classic comedy battles that will live forever in New York comedy infamy!

At the same time, Greg set a record headlining the World Famous Laugh Factory in Times Square 42 weeks in a row in 2005. Most weekends, Greg would concurrently head downtown to Greenwich Village to headline the Village Comedy Club then head uptown to headline the late show at Stand-Up NY.

By 2006 Hollywood came calling. With interest in turning his Stand-up|SMACKDOWN! into a television show, Greg headed for the west coast.

Upon arriving in LA, Showtime immediately snapped him up for an appearance on “White Boyz in the Hood”. A performance that would garner the series’ only standing ovation. This was closely followed by a featured appearance in NBC’s “Studio 60 on the Sunset Strip” and 2 appearances on the syndicated hit “Comics Unleashed with Byron Allen.” Greg crushed so hard, Byron offered Greg a writing job on the show and a 3rd appearance. He graciously accepted.

In early 2007 Greg was tapped to star opposite Joel David Moore (“Avatar”) and Paris Hilton in the feature film, “The Hottie and the Nottie”.

Additionally, Greg starred in a pilot for NBC called “Comedy Coliseum” and released his “Pottymouth” CD on DEA Records July 1, 2007. In August 2007, “Pottymouth” sold out its first shipment on CDBaby.com.

Heralded by THE NEW YORK POST and HIGH TIMES MAGAZINE as one of the most exciting voices in stand-up comedy today, Greg continues to break the rules, reinvent his craft and leave audiences laughing in pain. He is….

THE GREG WILSON!
….and don’t you forget it.