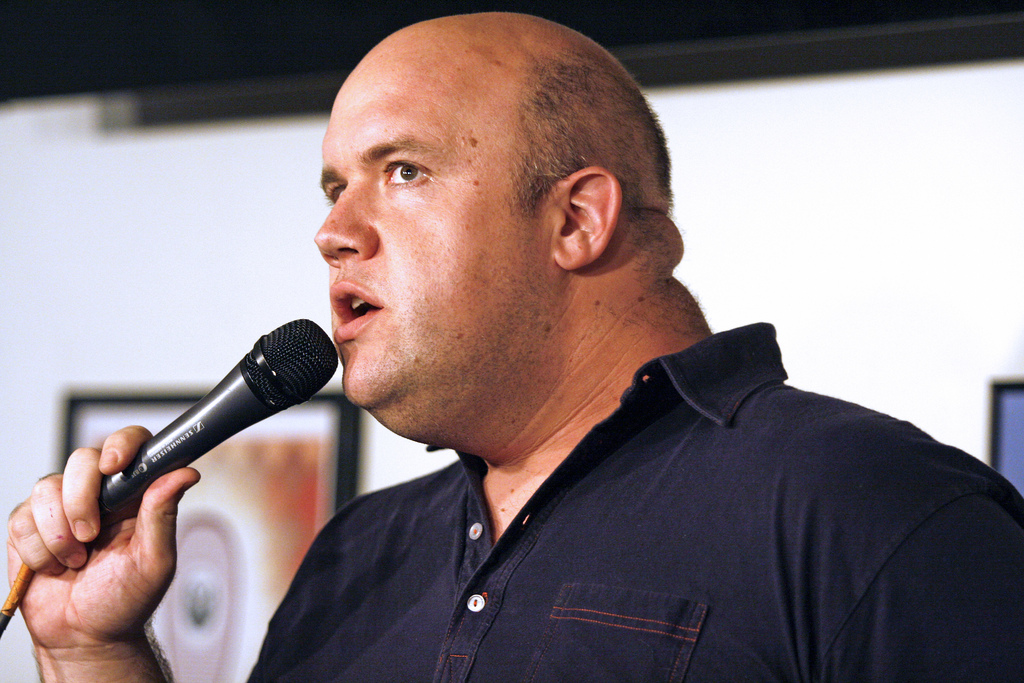 Guy Branum is a writer and comedian best known for serving as “Staff Homosexual” on Chelsea Lately and his performance as Natalie Portman’s sassy gay friend in No Strings Attached. Noticing a trend? He’s appeared on E!, MTV, G4, CurrentTV and lots of other channels you’d need to upgrade your cable to watch. He’s also a writer for the new season of Punk’d on MTV and Fashion Police on E!. That means he’s watched the Grammys at Joan Rivers’s house. Jealous? Guy also writes for the “Gay Voices” section of The Huffington Post and occasionally makes web vidoes where he dances around without his shirt on. But mostly, Guy is very, very beautiful and good at having sex.