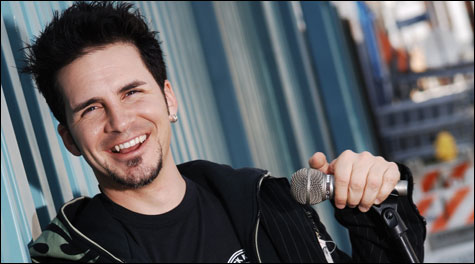 A native of Peak’s Mill, Kentucky, Hal Sparks began his professional career as a member of the famed Second City Troupe. His quick wit and affable personality earned him the title of “Funniest Teenager In Chicago” by the Chicago Sun Times in 1987.

After a successful run with Second City, Sparks moved to Los Angeles and immediately began performing at numerous comedy clubs including The Improv, The Comedy Store, The Laugh Factory and The Ice House, as well as at Comic Relief’s American Comedy Festival.

Sparks was the host of the Emmy-award winning “Talk Soup” on E! Entertainment Television.

For five seasons, Sparks co-starred as Michael on the hit Showtime series “Queer As Folk,” based on the controversial and critically acclaimed British series. In 2006, Sparks hosted the WB reality series “Survival Of the Richest,” and is one of the stars of the VH1 hit pop culture series “I Love The 90’s,” “I Love The 80’s,” “The 80’s Strike Back” and “I Love The 70’s.” He also co-starred in the Showtime Original feature “Bleacher Bums,” adapted from the critically acclaimed play of the same name.

Hal is an accomplished singer/songwriter and an expert in the martial arts with 20 years experience in Shaolin kung fu, Wushu and Karate.