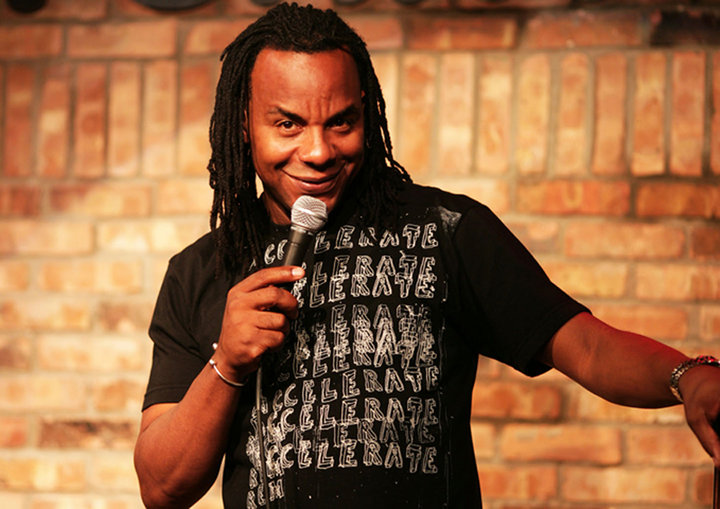 Born in Kingston, Jamaica Ian moved to the United States with his mother when he was three years old. As young man Ian was well on his way to becoming a comedian he just didn’t know it.  Ian always stood out in joke off battles with his friends and classmates and constantly entertaining family members by imitating friends and family.   Ian later discovered sports in particular football and boxing at which he excelled in as well, however Ian didn’t go to college to play football, he threw away the football and stuffed his hands in to boxing gloves.

After boxing for several years and reaching as high as golden gloves he realized that getting hit for a living was not what he wanted to do with his life, Ian went on to work for law firms in the Washington, DC area working his way up from mail clerk, record specialist to legal researcher for the next 10 years until one day he found out that his childhood friends Tony Woods and Tommy Davidson were comedians and getting paid to tell jokes, so he decided to attend an open mic night at the now defunct Comedy Café in Washington, DC and was hooked ever since.

That was in the mid to late 90’s since then Ian has toured all over the world to places like Japan, China, Holland, England and Canada and has been seen on many TV shows like Comedy Central and Showtime at the Apollo. Ian’s comedy has been compared to Bill Cosby and at times Flip Wilson.  But a more accurate description of Ian’s comedy would be that his style of telling jokes is unique in the way he delivers his punch lines, he takes you on a journey with his stories taking the audience through various emotions before delivering a carefully placed punch line. His comedy is a window in to his life, he welcomes you to laugh with him as well as at him, when you leave an Ian Salmon show you feel like you just made a friend.

Currently Ian is living in Studio City California and continues to perform standup comedy and is a rising actor with many TV shows and films under his belt. But what he is most proud of is his lung cancer charity he founded with his siblings in 2011 “Cinderella Cares” named after his mother whom pasted away of lung cancer in 2011.  The charity raises funds and awareness through the arts and particularly through its Comedy for Cure events!