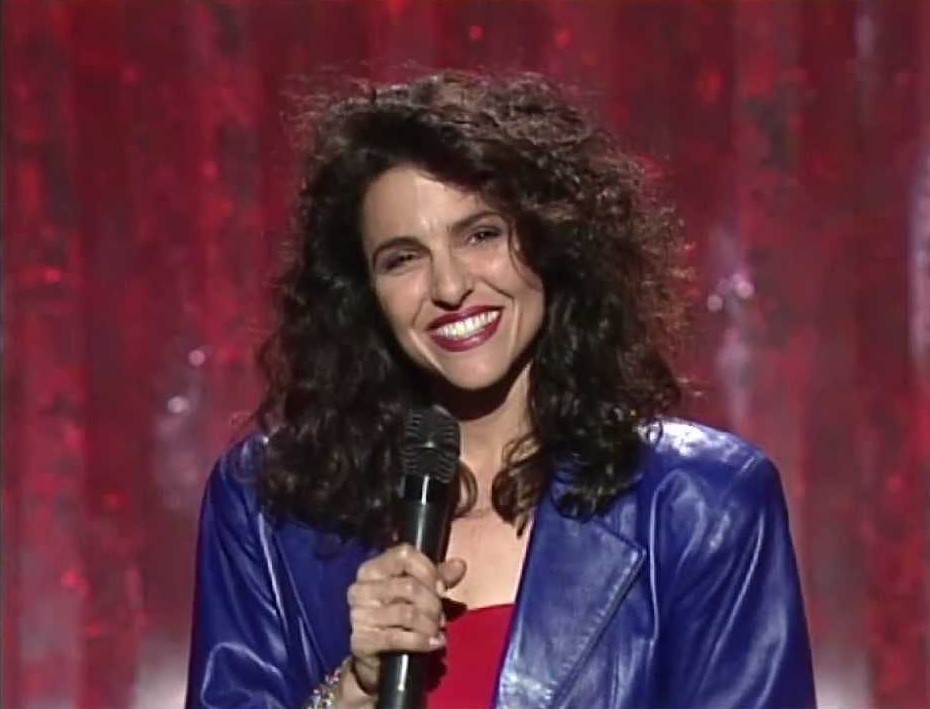 Jann Karam is a comedian, actor and writer whose numerous T.V. credits include stand-up appearances on Late Show with David Letterman, The Tonight Show and HBO’s Young Comedians Show.  In addition to playing one of Jerry’s girlfriend’s onSeinfeld (The Switch), Jann has guest-starred on Norm, Mad About You, Politically Incorrect, Dr. Katz and more.

She wrote, directed, and starred in festival-award winning film,Under the Big Muu-Muu, a funny, touching look at mother-daughter relationships. She performs her one-woman showReclining Nude on La Cienega in Los Angeles and around the country. In addition, she’s written a book based on the show–a humorous collection of short stories about life, love and finding a place to lie down.

Jann is a regular cast member on the upcoming web series, The Foreclosure of Taylor Negron, and recently co-starred with Greg Travis in his soon-to-be released film, Eat the Rich.

She performs regularly at Sit ‘n Spin, a funny, personal-essay show at the Comedy Central Stage at LA’s Hudson Theatre and is presently developing a half-hour comedy series for television,The Accidental Madam.