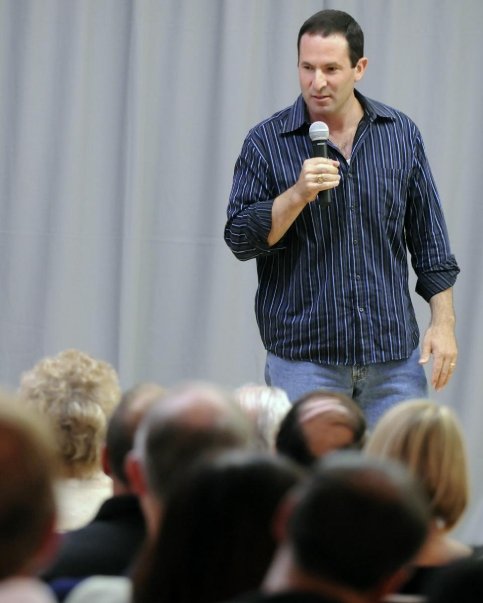 After 20+ years in California, this New York City native is finally learning to speak English. Jeff’s clean comedy examines his particular life experiences, which include being the only white kid on his Little League team in Queens, having a Chinese wife who orders from take-out menus in fluent Mandarin, and raising a teenage son who calls himself “Jewnese,” because he says it sounds better than “Chine-ish.”

Jeff was cast by Sandy Hackett, the late Buddy Hackett’s son, to play the principal role of Joey Bishop in the long-running musical tribute “The Rat Pack Is Back,” in San Francisco, Chicago, and Las Vegas. Jeff is also credited and appears in the blockbuster film “The Pursuit of Happyness,” starring Will Smith.

Prior to comedy, Jeff worked as an engineer, using his two degrees from MIT. Along with performing and coaching, he is currently developing the Comedy Channel for Aha Radio. Jeff currently lives with his wife and three children in Calfornia.