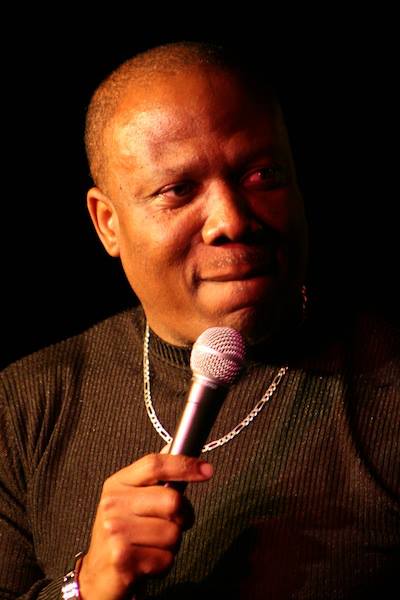 Jeff Hodge, a native of the U. S. Virgin Islands, has been called a poor man’s Tyler Perry because he acts, produces, writes and does stand-up comedy. Since getting into comedy two decades ago, Jeff has accomplished many things including appearing in the feature films Deuce Bigalow: Male Gigolo, Crocodile Dundee in L.A., and the television sitcom The Jamie Foxx Show. Jeff can be seen from time to time in his recurring role as different characters in sketches on The Tonight Show, hosted by Jay Leno. Jeff has opened for world renowned saxophonist David Sanborn and comedians George Lopez and Arsenio Hall and has written material for The Steve Harvey Radio Show, Arsenio Hall, George Lopez and the Keenan Ivory Waynans Show.

When Jeff is not on stage performing or writing books, he can be found producing one of his many projects. Recent projects included co-writing, producing and starring in the short film, Kindergarten, which was based on a funny incident involving Jeff’s five year old son. Jeff has also produced and starred in the comedy short, Comedy Traffic School, which was screened at several film festivals across the United States.

Jeff has also produced a few live comedy shows including The Ambassadors of Comedy, which features America’s funniest foreign comedians (www.ambassadorsofcomedy.com). The Caribbean Comedy Tour, a show featuring Jeff and a few of his friends who are comedians from the Caribbean is one of Jeff’s latest projects. Last year, Jeff returned from an eight-city USO Tour of the Middle East where he entertained tens of thousands of troops from all branches of the United States Military and other Coalition Forces.

Jeff’s humor comes from his perspective — the trials and tribulations of a foreigner living in the United States. So even if you cannot remember what island Jeff is from, after seeing his act you are sure to agree with the journalist who wrote, “…the bottom line is, he’s funny.”