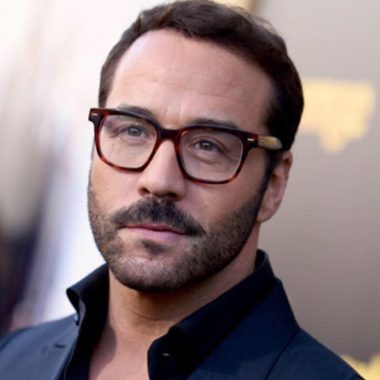 Who Is Jeremy Piven?
Born on July 26, 1965, in New York City, as part of an acting clan, actor Jeremy Piven went on to be featured in a diverse array of films such as Say Anything, Bob Roberts, Heat, Kiss the Girls and Cars. After serving as a cast member on the Ellen DeGeneres sitcom Ellen, Piven landed his most famous part to date as agent Ari Gold on HBO’s Entourage, winning three Emmy Awards. In late 2017, he came under fire for allegations of sexual assault.

Early Years
Jeremy Samuel Piven was born on July 26, 1965, in New York City. Growing up in the northern Chicago suburb of Evanston, Illinois, Piven attended Drake University in Des Moines, Iowa. Throughout his life, he has been involved with the acclaimed Piven Theatre Workshop, which was founded by his parents, Byrne and Joyce Piven. Jeremy received his comic training as a member of the Second City National Touring Company.

Commercial Success and ‘Entourage’
Jeremy Piven soon moved from theater to the big screen, appearing in small roles in several films, including 1989’s Say Anything, 1992’s Singles and 1995’s Heat. The actor has been most acclaimed, however, for his television work, beginning with HBO’s The Larry Sanders Show in 1992 and Ellen in 1995. Around this same time, he starred on and produced the short-lived ABC dramedy Cupid (1998–99).