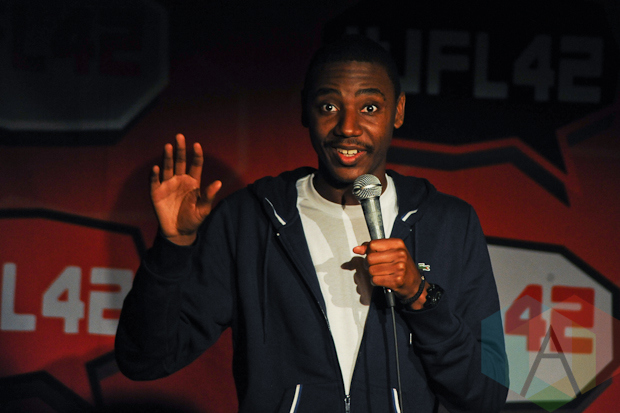 Jerrod Carmichael is an LA based standup and performer originally from Winston-Salem, North Carolina. He has been crafting his standup for over three years and this year was featured in Variety as being one of the top ten comics to watch, as well as being one of the New Faces at the Montreal Just For Laughs Festival.

Jerrod is a regular around some of LA’s favorite standup shows, including Meltdown, The Improv, Laugh Factory and many alternative rooms.