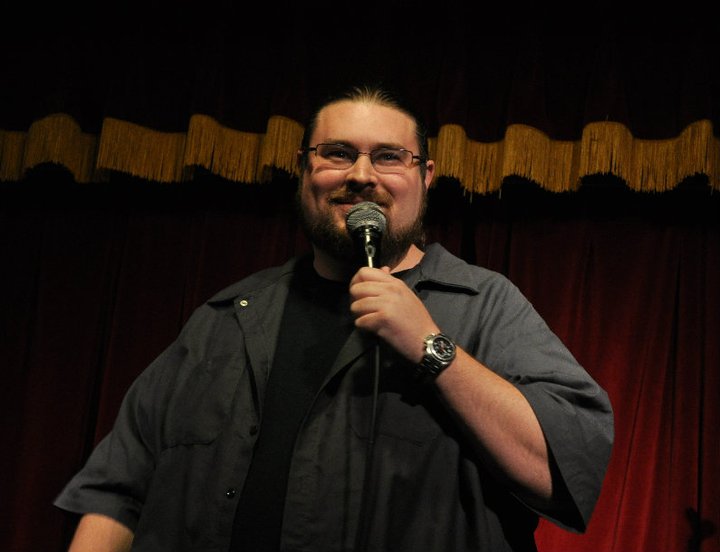 Originally from Washington DC, Jesse Egan is a San Diego based stand-up comic who also tours, performing at clubs and colleges around the country. Jesse was the first runner up in the 2013 San Diego’s Funniest Person Contest and the 2011 Rockstar Comedy Throwdown, beating out over 100 of the best comics from San Diego & LA.

Jesse is one of the creators of Ocean Beach Comedy, a rowdy weekly show that takes place every Friday night atWinstons in Ocean Beach, San Diego. As “Jesse-san,” he hosts Think & Drink Trivia, an irreverent trivia/comedy show at Winstons every Tuesday night. He is part of The Best of San Diego a regular at the La Jolla Comedy Store. Jesse has performed at The House of Blues, The Hollywood Comedy Store, San Diego State University, Sycuan Casino, 4th & B, Lestat’s, The Comedy Palace, and The Mad House to name a few.

He has opened for Doug Stanhope, Andy Dick, Craig Gass from The Howard Stern show and many more and has toured with Nick at Nite’s America’s Funniest Mom, Vicki Barbolak. Jesse has appeared on Union Tribune TV, Fox Rox TV, The Binge radio show (on 103.7 Free FM), NugRadio.com, The Growin’ Up Show (on SD Online Radio) and his webcast program, The Hangover Show (on Operator11.com). Jesse currently co-hosts his own podcast, Sordid Tales, with San Diego columnist Edwin Decker.

Jesse is a former bartender, and has an ongoing series of videos exploring both “The Greatest Drunks of All Time”and a featured “Bartender of The Week”. He is a graphic artist who has designed hundreds of posters and flyers for a variety of bands and comedians. Jesse is a great lover of comedy, and looks up to legendary performers such as Louis CK, Dave Chappelle, Rodney Dangerfield, Richard Pryor, Dean Martin, Peter Sellers and Charlie Chaplin. In his free time Jesse enjoys poker, cooking and singing his ass off at OB-oke.