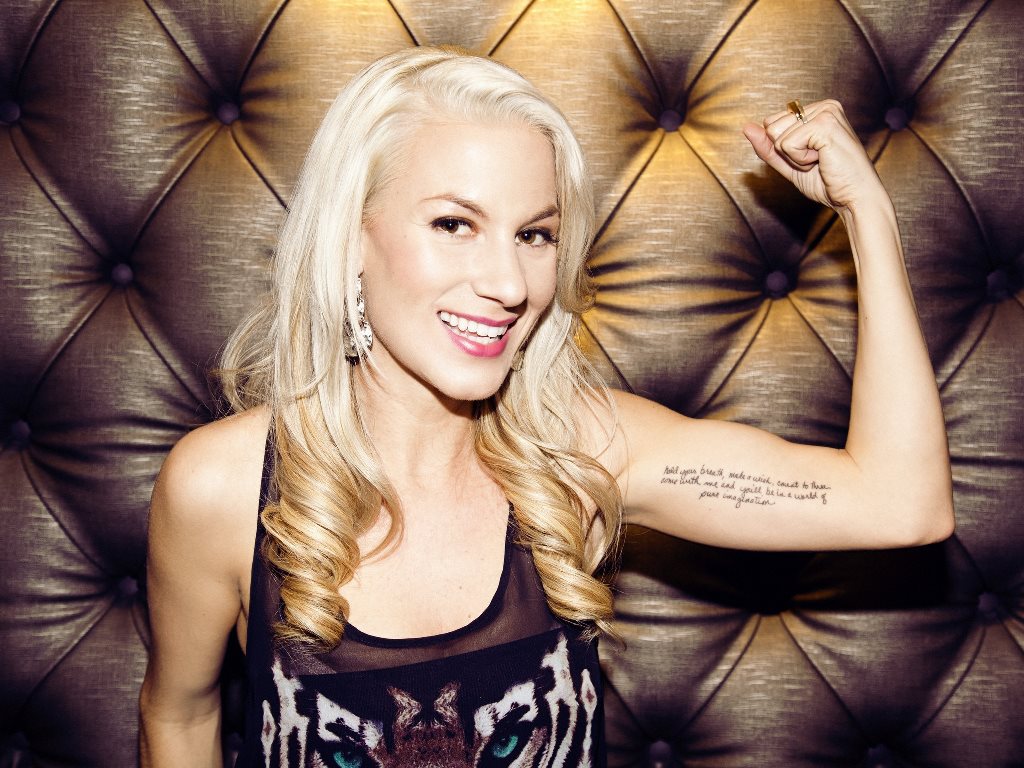 Jessimae Peluso is “a bottle rocket with a pulse,” headed in only the expected, upward trajectory of a firecracker, and ready to explode. The self-proclaimed “insecure narcissist” has founded a solid comic reputation in New York City and beyond, slaying audiences with her unequivocal, straightforward, ravishingly raw humor. Slamming listeners with her stances on everything from her roots in Syracuse New York, her fear of children to her infatuation with John Stamos, Jessimae will lay her hook in you from the moment she hits the stage. The dynamic Jessimae Peluso is an artist in the truest sense of the word, persistently out to challenge herself and her audience.

With roots in Syracuse, Jessimae sought comedic pastures first in Boston where she performed improv with “The Tribe,” laying the sod for what would become a burgeoning spontaneous brand of original comedy. In 2008, Jessimae began to bud on stages in the mighty five-borough metropolis. She’s finding her voice while paving her own way through the comedy scene. Jessimae has also leapt onto the small screen with appearances on “The Tyra Banks Show” and Tru TV’s “All Worked Up” to compliment her extensive commercial work, which includes an international Nintendo ad campaign. She was featured in the Boston Comedy Festival, North Carolina Comedy&Arts Festival, Women in Comedy Festival, NYC’s Funniest Comedian Contest and has opened for Doug Stanhope. On a yearly basis, with increasing triumph, Jessimae returns to the ‘Cuse to host her “Hometown Humour Tour” at the Palace Theatre with 300+ people in attendance. She was also chosen to perform for Stand Up Norge Summer Series, a prestigious comedy festival in Oslo Norway that only invites one American comic per year. She has contributed to Playboy.com, MadeMen.com, and has been featured in the Huffington Post as one of the funniest comics to follow on twitter. To keep on her toes, Jessimae stays busy in NYC with her weekly comedy show, “Comedy Punch” and can be seen regularly at Cringe Humor’s swanky new comedy club, The Stand. Watch for Peluso on MTV’s “Failosophy” and MTV’s “Girl Code” airing April 23rd at 10:30!

Catch the “loud, hot, dangerous, and fun” firework extravaganza that is comedy by Jessimae at a club near you.
-Michael Stahl