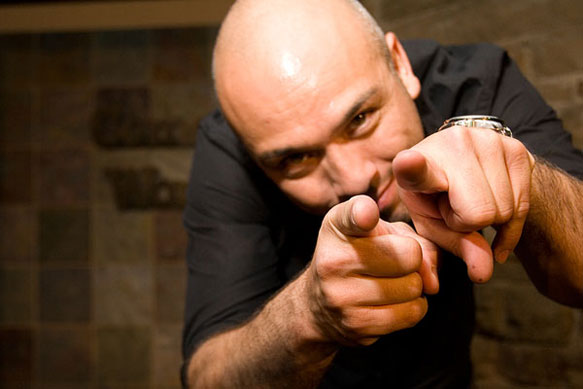 From filling sold–‐out clubs across the nation, to appearing weekly as a regular on Chelsea Lately, Jo Koy has come a long way from his modest beginnings at a Las Vegas coffee house. His infectious, explosive energy onstage, insightful jokes, and family–‐inspired humor crosses all boundaries. In 2007, Variety magazine named Jo Koy one of the “10 Comics to Watch!”

Raised in Tacoma, Washington, Jo credits his mother for his comedic and acting talents. Encouraged by his mom, Jo participated in school talent shows and presented impromptu performances for his family and friends. This loving support led to the Las Vegas coffee house, and inspired a move to Los Angeles.

In 2005, Jo hit the “opportunity of a lifetime” with a performance on The Tonight Show with Jay Leno. He became one of a select few ever to receive a standing ovation. Since then, he has appeared several times throughout the years.

Jo has appeared on various VH1 I Love series, as well as The Joy Behar Show, Jimmy Kimmel Live, Last Call with Carson Daly, and Jamie Foxx: Laffapalooza. He is a regular headlining comedian at the world famous Improv, tours the college circuit nationwide, and performs in comedy clubs both in the U.S., and internationally. A firm believer in service and giving back to the community, Jo is currently working with The Lupus Foundation bringing awareness to this cause. Jo resides in Los Angeles, California.